When Westmount School first opened, it sat all alone, surrounded by marshland. Getting to it could be an ordeal, especially in wet weather, and makeshift bridges were often made to traverse the mud and wet. Even the streetcars that ran down 124th Street had to contend with submerged tracks at times and fantailed water from their wheels.

Built on land that was part of the old Norris farm and purchased from the family for $3,200 in July 1909, Westmount School was commissioned in 1912 as the neighbourhood was in its infancy. Back then, the area north of 111th Avenue and west of 124th Street was almost solid bush with a few large ponds.

Two temporary schools, opened in 1909, were meeting the demand, but they weren’t enough. There was a two-storey wooden school on 128th Street between 110th and 111th avenues, and another one on the second floor of a building on 124th Street.

Working from plans drawn by George E. Turner, the Edmonton Public School Board’s building commissioner, the firm of Edinger Construction began work in May 1913. The original contract was signed for $204,641.72. But boom soon went bust, and when war came the next year, construction soon ground to a halt.

Just the first floor and eight of the 17 classrooms were complete when the school, at 11125 131st Street, opened to students right after the Easter holidays in 1915. John Scoffield was the first principal, overseeing a staff of seven female teachers. The school building on 128th Street was moved to Stony Plain Road and became Old Glenora School.

Westmount School had “the latest in school planning and exterior design – a free treatment of Gothic which is more or less traditionally associated with collegiate work,” reported the Edmonton Journal. The building was distinguished by a central tower with smaller towers over each wing. Bricks came from J.B. Little’s Riverdale brickyard and Indiana Bedford stone was shipped from Chicago.

The exterior was embellished with stone crests and carvings including wolves’ heads flanking the front entrance. Terrazzo marble tiles were laid in the entranceways, doors were solid oak and walls were paneled with it, and leaded glass was used for the windows. Each of the classrooms had rows of desks nailed to oiled wooden floors.

Westmount Public School, circa 1920. Provincial Archives of Alberta, A13891.

When an outbreak of deadly Spanish flu swept the city in 1918, public schools were closed and many, including Westmount, converted to relief centres. Before the epidemic was over, it had claimed the lives of more than 400 citizens and gave rise to one of the great mysteries of Westmount School.

Felicia Graham was a 33-year-old teacher from Toronto who had been assigned to Westmount just before schools were closed, and disappeared during the epidemic. According to news reports, she succumbed to the flu but recovered quickly, and was last seen leaving her apartment in Lemarchand Mansion. Her family offered a $500 reward for information leading to her whereabouts, but she was never seen again.

In her book Ghost Stories of Alberta, Barbara Smith tells the story of Felicia Graham. “The strikingly beautiful school marm has roamed the third-floor halls of the stately old building for nearly 75 years,” Smith writes. “No one has ever been able to say for sure what happened to the well-educated beauty from the east.”

Over the years, talk of ghosts and things that go bump in the night at Westmount Junior High has helped to kindle an interest in history for many students at the venerable school. Besides the Felicia Graham story, there is a tale of strange noises at night, and another of a student named Harold who was accidentally locked in the tower over a long weekend and jumped to his death trying to escape.

At the beginning, the second-floor assembly room housed a stage and was used as a gymnasium. However, physical activity was limited not only by pillar, glass windows, and doors, but also by the proximity of classrooms on both sides and right underneath.

In 1918, the same year the influenza epidemic got rolling, Westmount was selected by the school board as the first junior high school in the city. It went on to serve as an elementary, junior school and high school all at once in 1936 before reverting again to a junior high again in 1950.

By the 1930s, the neighbourhoods surrounding the school had filled in, and the student population filled the school to overflowing. In rooms with 50 students, half of the class started an hour earlier to give the teacher a smaller class for two hours each day. At one point, to meet the demand, there were 28 classes a day using 19 rooms.

The post-war building boom drained the marshes and populated Inglewood with the homes of returning servicemen and their families. To meet the demand, portable classrooms were hauled onto the site. The original assembly hall was converted to a library. In 1959, the old coal-fired heating system was converted to natural gas.

More physical expansion occurred in 1971, when a new gymnasium, stage, administrative offices, home economics and industrial arts facilities, a staff room and mechanical room were added. Another renovation in 2000 added a new music room, art room, and labs for food, sewing and construction to the basement.

Westmount has been a part of the northwest Edmonton educational fabric for more than five generations. Those who have gone to Westmount include musician and senator Tommy Banks, former mayor Ivor Dent and broadcaster Jerry Forbes.

Long-serving staff include Margaret Livingstone, with 37 of her 41 teaching years at Westmount, and Marjorie Barker, who taught at Westmount from 1915 until her retirement in 1942 after 42 years of service with the school board. One of Westmount’s most famous characters was principal Gordon Harmon, who had a fearsome reputation as a disciplinarian during his tenure from 1927 to 1953.

School board archivist Michael Kostek, in his excellent book A Century and Ten: The History of Edmonton Public Schools, writes that Harmon always carried a strap he called a “harmonizer” in his hip pocket. One day, he discovered several students marking up the sidewalk with chalk and handed out some instant justice.

“Next morning as Harmon arrived at his office, he was confronted by several angry parents demanding an explanation,” Kostek writes. “The graffiti artists who had been strapped were not Westmount students – but pupils attending a nearby Catholic school.”

Reposted from original publication on November 13, 2013 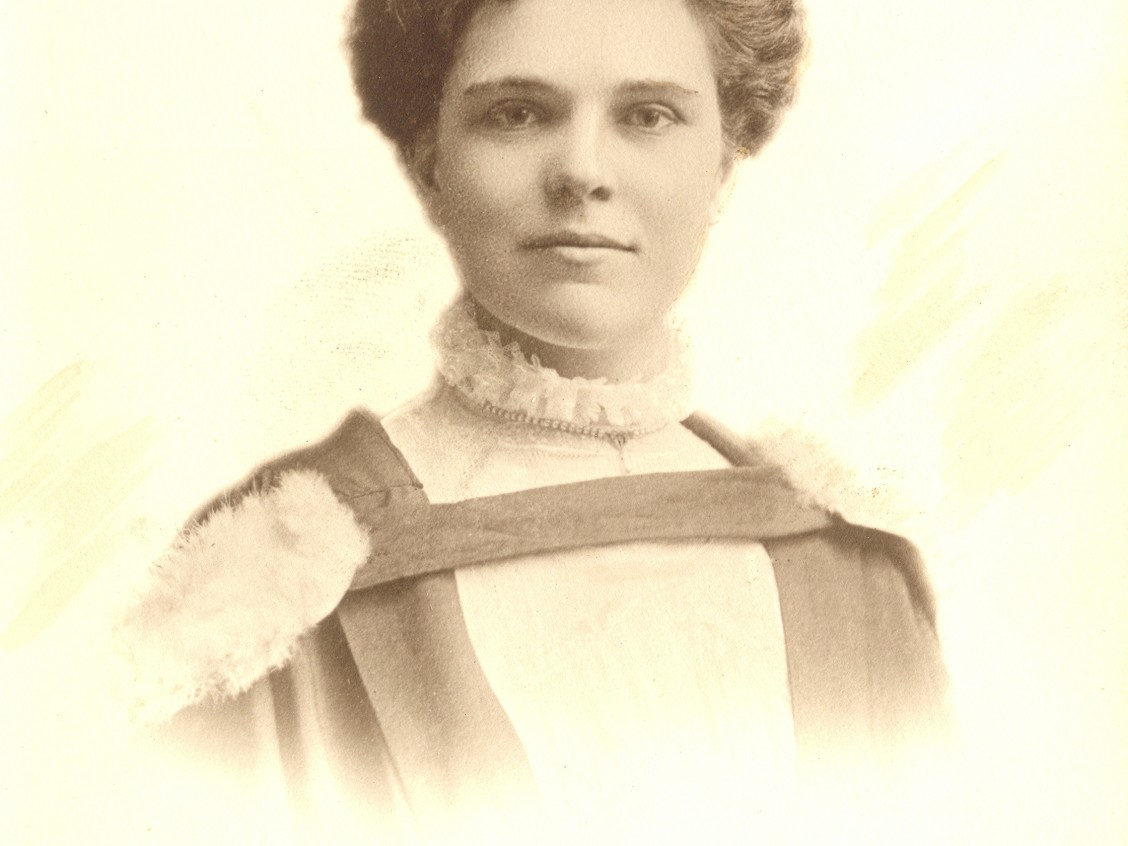 The Strange Disappearance of Felicia Graham

The School Board, citing her persistence for fair compensation as being indicative of depression, suggested that she had jumped from… 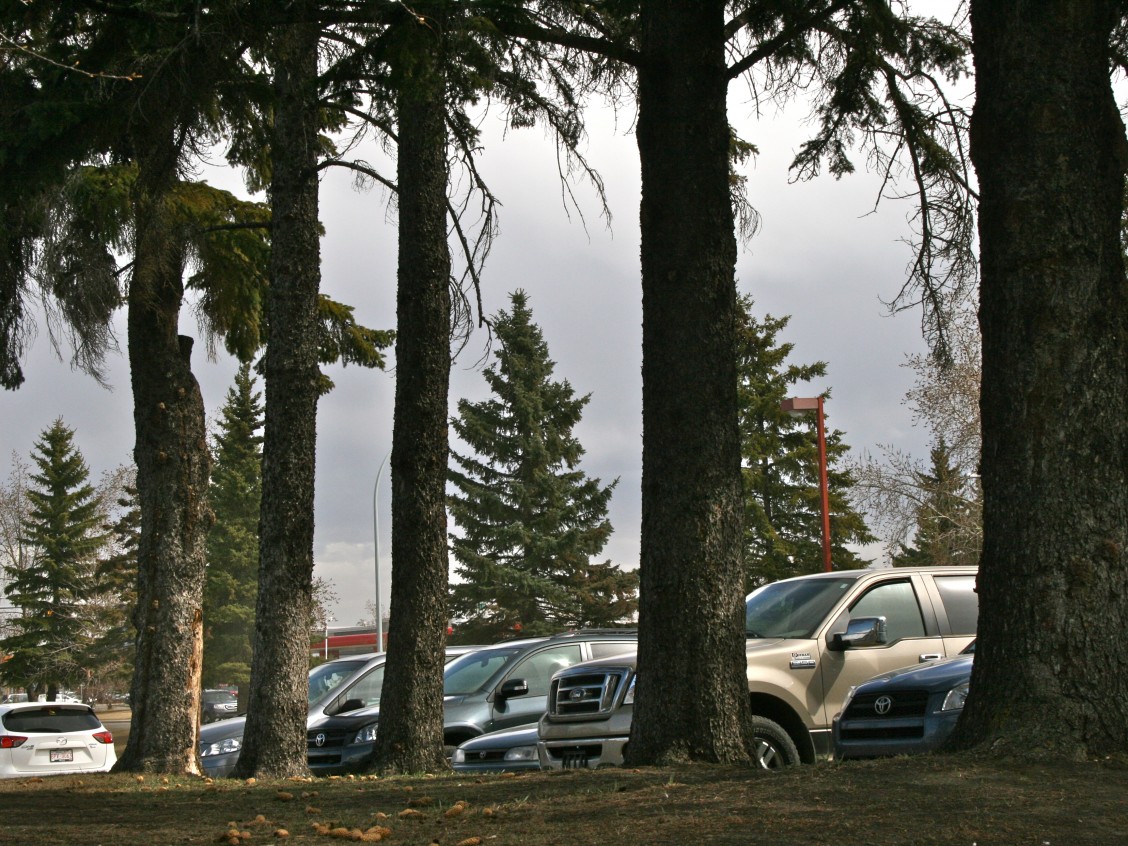 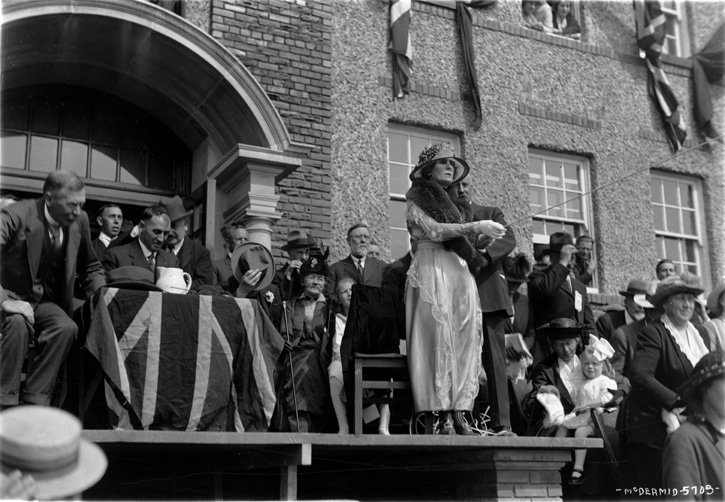