“Nursed back to health, having welcomed the birth of their first child, Rowand joined an expedition to the Pembina/Athabasca region in 1812. Louise and John Jr. stayed behind at the HBC post to plant gardens and tend the horses, a whole summer of berry and medicine picking ahead of them. Louise had found community and built a family; she was John’s accomplice in both enterprise and affection to the end.”

In August  of 1782, Fort York was captured by the French. Edward Umphreville and some other HBC men were taken by ship to France and imprisoned. The halfmoon-shaped battery which housed thirteen cannons was toppled. Anything flammable was torched. Only a small cache of supplies was left behind. No company men, no furs, no ships. The home-guard Cree encampment just west of the sooty remains, sat resolute at the forest edge. The sand islet had housed a fort of 60 company men, as well as a dozen Indigenous headmen, their wives, and children outside the stockade walls. Into the late summer nights that followed, the people gathered to discuss their options; some families planned to return to wintering grounds further south, others expressed trepidation about the smallpox epidemic making its way down the Hayes and Nelson rivers, thinking it best to stay. No one dared hike the coast to Moose Factory, either, as the route passed Severn outpost now occupied by the French. The encampment of Cree and Chipewyan families, company wives, and their children would have to ration already slim stores, trap and trade then hunker down for winter. A newly pregnant Ann Umphreville, and her son Thomas, were amongst this group. The company had offered neither aid, nor reinforcements. Realizing it was unfeasible to return east where her Ojibwe family resided, Ann opted to stay put. Louise Umphreville was born in early 1783 amidst the snowdrifts and howling Nor’easters off the bay.

When spring arrived, Ann and her children set out for Moose Factory intent on returning to Montreal. At Moose, Ann learned her friends Elizabeth and Phillip Turnor were stationed at HBC’s Brunswick House – a newer outpost along the Missinaibi-Michipicoten route to Lake Superior. Ann and Elizabeth had been acquainted years prior when their husbands worked at York. When news arrived at Moose fort that Phillip had become gravely ill and was unable to attend the annual meeting of HBC officers, Ann made fast tracks. She procured some medicines from the surgeon, stashing the powder packets in her small bundle of possessions and hopped the next convoy heading up the Moose River, infant Louise and four-year old Thomas in tow.

At Brunswick House, the Turnor’s were elated to host Ann and her children. Philip soon recovered from his illness and left to Moose Factory for the summer, but not before he’d procured passage for Ann and the children back to Montreal in autumn. Elizabeth helped Ann resupply and recharge. They spent the summer picking berries, fishing, and watching their babies play at the lake’s edge. These kindnesses were never forgotten, their lifelong friendship celebrated with the union of Thomas and the Turnors’ daughter, Hannah, decades later.

When the Treaty of Paris was signed in September of 1783, Edward was released. He returned to London procuring employment with the North West Company (NWC). The following spring, he sailed to Montreal and was greeted at the shipyard by Ann, son Thomas, and a daughter he’d not met, little Louise. Contracted to seek passage from Lake Superior through Lake Nipigon to Lake Winnipeg, journals speak only of Edward Umphreville, Venance St. Germain and several Canadiens. There was no mention of their Indigenous wives who acted as guides, interpreters, and survival-skill instructors.

We cannot know, with certainty, if Ann and the children travelled with Edward on this initial expedition or followed along after. Gauging by Ann’s previous prowess in navigating the waterways of the continent, it seems reasonable she would accompany him. Young Thomas, five years old now, and toddler Louise made this 2000-mile journey too. Quite capable of handling himself in a canoe, Thomas could already hold a paddle, keep balance, and pull in unison. Louise would grow to become equally as skilled a paddler. For the time being, safely wrapped in her cradleboard, little Louise could take in her surroundings, filling her spirit with the land and sky. Edward’s journal notes the hardy troupe’s arrival at Lac du Bois on July 31, 1784. Paddling through Lake of the Woods onto Cumberland House with hundreds of portages and waterways behind them, the Umphrevilles were looking to put down roots.

In the autumn of 1784, the Umphreville family had established a camp near Frenchman Butte, along the kisiskāciwani-sīpiy, the North Saskatchewan River. Settling on the northside of the waterway, Ann and Edward built a one room log home a short distance from the east-west track that later became Carlton Trail. Just upriver, sandy cliffs stood 600 feet above the water offering an uninterrupted view to the south, beyond Wolf Hills to the Fighting River (Battle River) – if you could climb past the prickly rose bushes not stopping at the shrubs of delicious silverberry. Directly north, the land rolled gently, a wide and productive grassland dappled with sedges, abundant in wapos (rabbit), apsimosos (deer), and myriad bird species. Herds of bison passed through regularly, seeking grasses and thatches of aspen to overwinter. Beyond, a thousand lakes scattered like meteors throughout a forest of boreal spruce and pine. The location was a marvellous place for raising children, and horses too. At Ann’s prompting, Edward procured several horses from another trader. This diminutive herd became the famous dowry Louise Umphreville brought to her marriage with John Rowand.

In the years that followed, Louise celebrated the arrival of siblings Wishkenebo and Sarah. More sedentary and secure than ever before, the children had time for play and learning. Like their mother, the children’s first languages were Ojibwe and Cree, and some French. Edward taught them English; telling them old world fairy tales and Bible stories around the crackling fire, heavy eyelids fluttering to stay awake.

Louise races across the open prairie on her favourite mare. The air is crisp, cold in her nose. A tiny girl, hands holding her horse’s mane with determination, she flies over a small hillock and down the path toward the house. She’s won the race. Stopping short of the fenced corral she lets out a loud “Whoop!” as Thomas gallops up behind, a sour look upon his face. As big brother he usually won. His feeling of loss compounded by concern for their father, Thomas gruffly helped his sister corral the horses. Once the beasts were penned and watered, the children joined their mother and two NWC traders returning inland from Cumberland House. Sitting around the fire, they’d brought news from Montreal. Edward Umphreville was no longer in the employ of the North West Company. He would not be returning to his family.

Like many women of the era challenged by the loss of husbands due to drowning, other accidents, illness, bloody conflicts or career changes, Ann took the news in stride. Capable and clever, she kept her family fed and safe through winter, trapping and trading for items the land did not provide. Ann and her family resided at the Umphreville house a few more seasons, supplying traders on the trail with horses, space to camp, provisions from the garden and handmade goods. After a large group of Gros Ventres attacked several nearby forts in 1793-94, the family moved closer to Nepawin/Nipawin House (later Fort Carlton) where a NWC trading camp had sprung up. Further west, the following year, both the Hudson’s Bay and North West companies were establishing outposts near present-day Edmonton.

As Louise grew into womanhood, she began building a life with Pierre Breland at Fort des Prairies, close to today’s Edmonton. Louise and Pierre welcomed their first child, Magdeleine or Madeleine, in about 1800. Marie-Anne arrived around 1803. Pierre Breland must have been a handsome but uncommitted fellow. Some say he had two dozen children with half a dozen wives, most of his relations overlapping in duration. Upon their separation, Louise would welcome Pierre’s children from another union as her own, her role as matriarch had begun.

Enter the broad chested, ruggedly dashing John Rowand. The seventeen year old had just begun his career as an apprentice clerk for McTavish, Frobisher and Company, partners in the NWC. John would spend a season at Fort des Prairies then, was transferred to Lower Red River District for a term. He returned to dual forts Edmonton and Augustus in 1808, but by 1810 he’d built a trading and provision post at Upper Terre Blanche (Little White Earth Creek) near the mouth of Wabamun Creek. It was here, John suffered a terrible fall breaking his leg. As legend has it, Louise galloped from the outpost to assist him, their relationship already of great significance. John Rowand Jr. was born shortly thereafter.

Nursed back to health, having welcomed the birth of their first child, Rowand joined an expedition to the Pembina/Athabasca region in 1812. Louise and John Jr. stayed behind at the HBC post to plant gardens and tend the horses, a whole summer of berry and medicine picking ahead of them. Louise had found community and built a family; she was John’s accomplice in both enterprise and affection to the end.

The days of our lives travel in the direction of years. While we are here, a record is kept of our time, in the people who love us, in the places we reside and, in the events surrounding our existence. All hold us in memory. Some, just barely so. Glimmers of Louise Umphreville and her children are scattered throughout family genealogies, vital statistics records and census data, company documents, journals and memoirs. Glints of the Rowands’ daughter Sophie (1814-1864) are found tangled with rememberings of her nieces: Maria born in 1849 who married John Henry McTavish (1837-1888), Henrietta Sophia who belonged to brother Alexander, and yet another ‘Sophia’ born in 1832. Sophie Rowand appears on the 1824 census when she was 10 years old. That is all we know, so far. Just a spark of a life. The life of youngest daughter, Adelaide (1832-1860) who died of Tuberculosis, is no more than a twinkle. For these women, their scant lifespans and lack of archival records, disallow a full telling of their lives. At the onset of this project, there was a hope these writings might set alight histories not yet told. 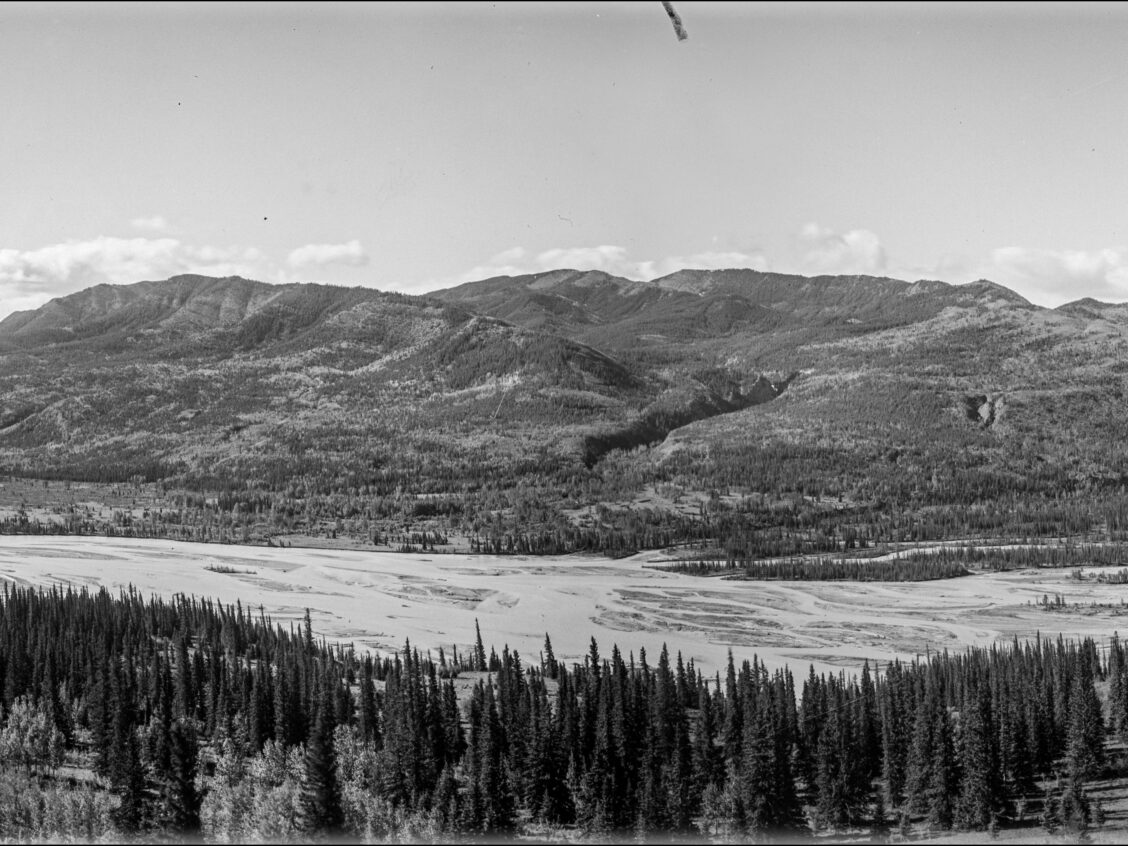 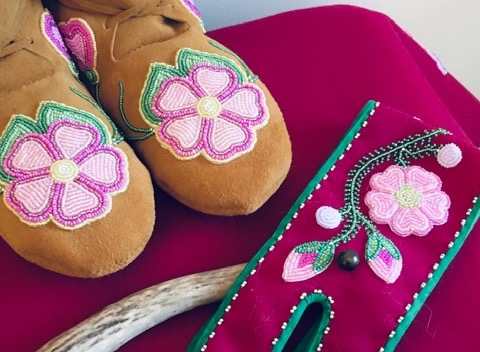