“The thing about Edmonton, though, is that it is kind of like these animal escapes. It is original. It breaks with tradition.”

On August 1, 1926 there is a story that the barking of a small dog startled an elephant named Mary in the Sells-Floto Circus – visiting Edmonton – causing a stampede of fourteen elephants down Jasper Avenue and through the streets ending at the CPR yard. Hours later the elephants were rounded up and the circus moved on but not before the elephants had turn Edmonton’s roads panic parade, kicking up gardens and removing verandas.

On February 20, 2013 a bull and a steer “Bonnie and Clyded” their way out of an Edmonton packing plant escaping into the winter air. Entertaining passengers at the Belvedere LRT station, this was as close to jumping over the moon they would get. The cows were captured hours later, long after the dish had run away with the spoon.

There is something slightly tongue-in-cheek about the escape of an animal from a cage – whether visible or implied. It both delights and scares us, it shows an ability to Houdini the system into a great chase.

It also becomes a new and different way to read the city – it throws an impish cape of stick-it-to-the-man over the streets we have read as transportation routes or historic corridors. It casts the shadow of the dark ridiculous over landmarks; a claiming of public spaces for the animal kingdom. It might be as close as our city gets to living the anthropomorphic cartoon dream of our Saturday mornings.

The thing about Edmonton, though, is that it is kind of like these animal escapes. It is original. It breaks with tradition. It learns the system and then slips outside of it and begins to move forward, daring anyone to call us out, to catch up with us, to capture us and put us back in the cage. Still, Edmonton refuses to be bound by convention or cages.

Edmonton is a place where people make their own rules. Where they speak their mind, name their goals, and set out and accomplish them. We are rarely stopped.

Rather, we are a city of elephants tromping through the streets, reactionary but also proactive. We are a pair of cows sneaking away from slaughter, sometimes subdued but never giving up.

We make beauty of the whirlwind, find daring in the escape, and originality in the breaking out. We find ourselves bursting through circumstance, pausing for a moment in the surprise to figure out our next move, and then we run. 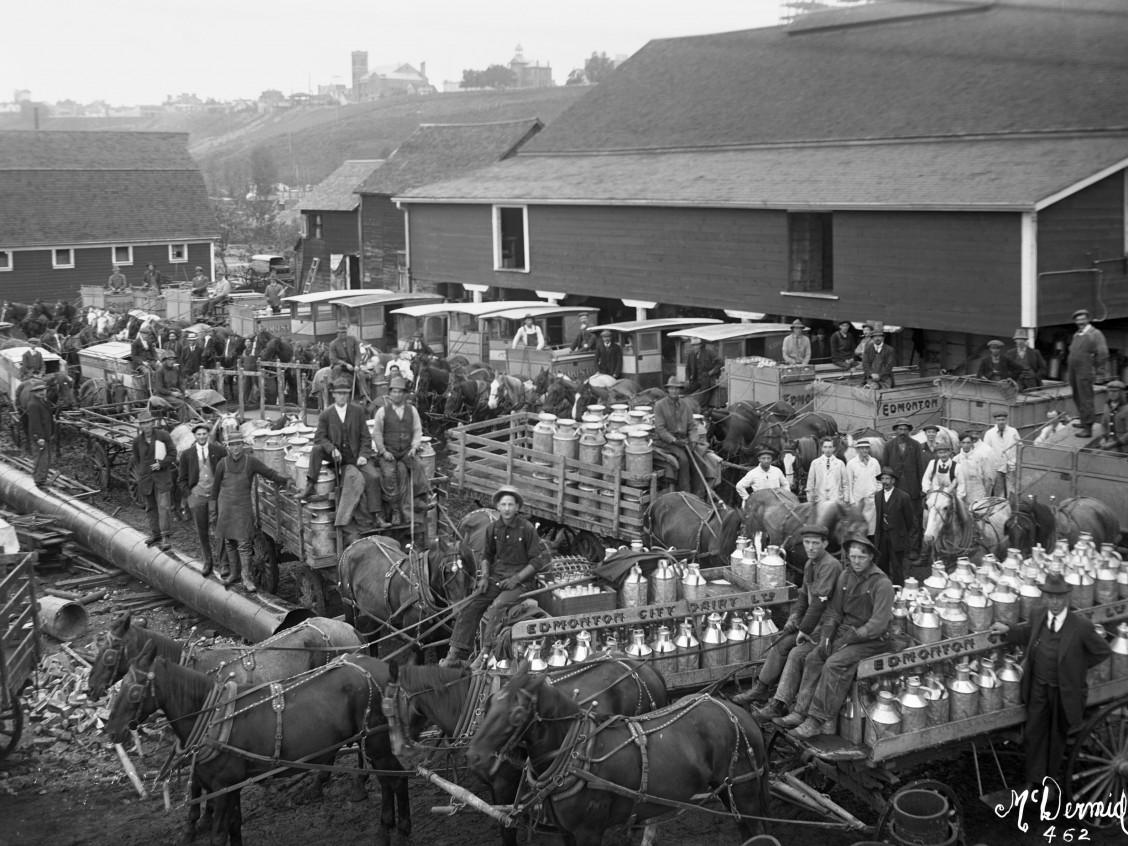 John Donnan was born in Belfast, Northern Ireland in 1892 and immigrated to Canada in March 1902 as a young…