An April 1946 photo of three young Chinese women in the Edmonton Journal readily captured a reader’s eye.  Freshly home from China after World War II had ended sisters Alice and Eleanor Wong were staying at Edith Mah’s place in Edmonton’s Chinatown.  Edith had been home from China several years earlier.  The fact that these Edmonton-born young Chinese women were involved with the Sino-Japanese war in China captured the interest of the unknown newspaper reporter.  Across Canada Chinese women were similarly giving their all to support Canada and China throughout World War II.  The activism of Chinese Canadian women in Chinese communities across Canada dramatically changed the perceptions of them in the public eye as well as unprecedented visibility during and after the war period.

In Canada, they were enlisting in the Canadian armed forces, selling Canada victory bonds fundraising, working in wartime industries, and organizing Allied victory rallies. This activism resulted in giving them greater entry into the mainstream public sphere.

In China, Chinese Canadian women like the Wong sisters persevered in helping in their own way – Alice had been living in China for 19 years since she was a child and obtained her nursing degree from Hong Kong’s Queen Mary Hospital.  She nursed wounded Chinese soldiers and civilians and Eleanor served as a typist in the Chinese army for three years.  Edith Mah’s war time adventures in China was reported more extensively in another Edmonton Journal article written a year after her return from China in January 1941 at the age of 19.  Even though she was born in Canada she went to a mission school in the outskirts of Hong Kong In 1936 and experienced the war first hand.

Once back in Edmonton, Edith, Alice and Eleanor continued to be very active doing charitable work as members of the Chinese Women’s Club.

In her article published in December 1946, another Edmonton Journal reporter Helen Ferris wrote about the Club and learnt from current members that the founder of it was Levina Dickman (nee Fong), the eldest daughter of Reverend Fong Dickman.  The father and daughter duo had moved back to Vancouver earlier that year.  Reverend Fong Dickman came to Edmonton from Vancouver in 1930 to establish a United Church for the local Chinese community.  Church services and Sunday schools were initially conducted in his home at 9562 – 103A Avenue before the Church leased premises at in the Chinatown area at the corner of 101 Avenue and 96 Street downtown.  Thirty-one Chinese were baptized by Reverend Fong Dickman from 1930 to 1933, when the Chinese United Church of Canada was formally established.  Reverend Fong Dickman either came to Edmonton with or was later joined by his third daughter, Anna Dickman, who was a nurse and worked at the University Hospital.  Levina Dickman, a teacher, probably eventually took Anna’s place in the family home, as she appeared to be the only daughter living with Reverend Fong Dickson one block from the Church in 1934.

Fong Dickman1 was born as Fong Tak Man in Yan Ping, in Kwangtung (or Canton), China in 1860.  He immigrated to Vancouver in 1884 and learned English at the first Methodist Mission that opened in Vancouver’s Chinatown in 1888 and soon converted to Christianity, became a lay minister and later ordained in 1923.  He Anglicized the Chinese pronunciation of his given names to Dickman which due to a registry error became his surname.  He and his wife, Jennie (Jane) Cheng, had three daughters of their own and one adopted daughter: Levina, Esther, Anna and adopted Laura.

Levina would have been in her thirties when she came to Edmonton.  The Chinese Women’s Club may have started around 1934, soon after her arrival.  It was probably a small club since there were only 27 Chinese women in Edmonton in 1931.  The small number was owing to the fact that the 1923 Chinese Immigration Act (commonly called the Chinese Exclusion Act) was in force until it was lifted in 1947. Up to then Chinese immigration to Canada came to a halt. The shortage of Chinese women created a pronounced gender imbalance within the Chinese community.  During the Exclusion Act period, the number of Chinese women rose slowly, mostly due to girls born in Canada.

One thing is for certain from the Edmonton Journal article, the Chinese Women’s Club started by a minister’s daughter at least a decade prior was still very active on December 7, 1946.  “One of the most interesting and gifted groups in Edmonton is the Chinese Women’s Club of the United Church of Canada”, declared article author, Ferris.  The Club was to “provide Christian Chinese women with some social life in the church, through friendly co-operation with Canadians of the same denomination.”  At the time of Ferris’ interview with Club members, there were 25-30 members, mostly young Chinese Canadian-born women, approximately half of whom were active in the missionary societies of Wesley and Central United churches.  The Club’s president was a Mrs. Lee K. Yuen, the wife of an artist and daughter of Ho Lem, who is well-known in Calgary.

During World War II, members of the club knitted and donated afghans and other needed clothing articles to the American initiated “Bundles for Britain” campaign and to China and Canada’s war aids.  In truth, Chinese Women’s Club members did more than knit, sew, and fundraise to support local and overseas war needs, some of them were actually in China and Hong Kong during the war.  “We must all do our part … both on the battle front and in the home,” remarked Edith Mah in her speech at a Rotary Club meeting in MacDonald Hotel where she was the luncheon guest speaker.  Accompanying Edith were her father, Charles Mah (owner of a dry-cleaning and tailor shop on 97 Street) and several Chinese Benevolent Association executive members: Gorman Chan (president), Bing Mah (English secretary), Jack Gee Mah and William Mah.  Edith spoke of things the students in her mission school and other schools in Hong Kong did to aid the soldiers and civilians – made comforters and clothes, cared for the sick and wounded, organized guerrilla bands and blew up bridges and other places, created a refugee camp and built air raid shelters.

Looking at the photo of the three smiling faces of Edith, Alice and Eleanor in the newsprint it is hard to tell they were in the Sino-Japanese war.  Without a doubt the Chinese Women’s Club members were an interesting and gifted group of Chinese women in Edmonton.

In Chinese culture the surname comes first followed by given names – e.g., Fong Tak Man or Fong Dickman. It is the reverse in western culture – Tak Man Fong or Dickman Fong. 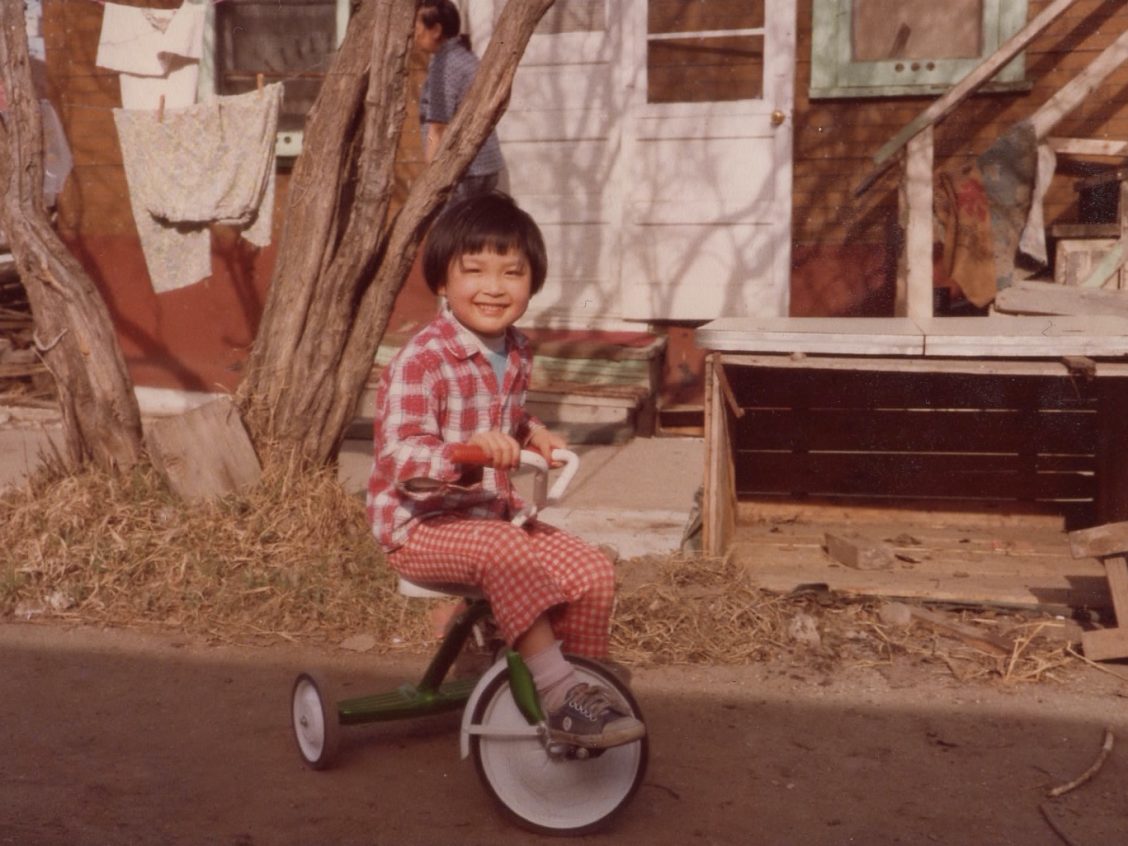 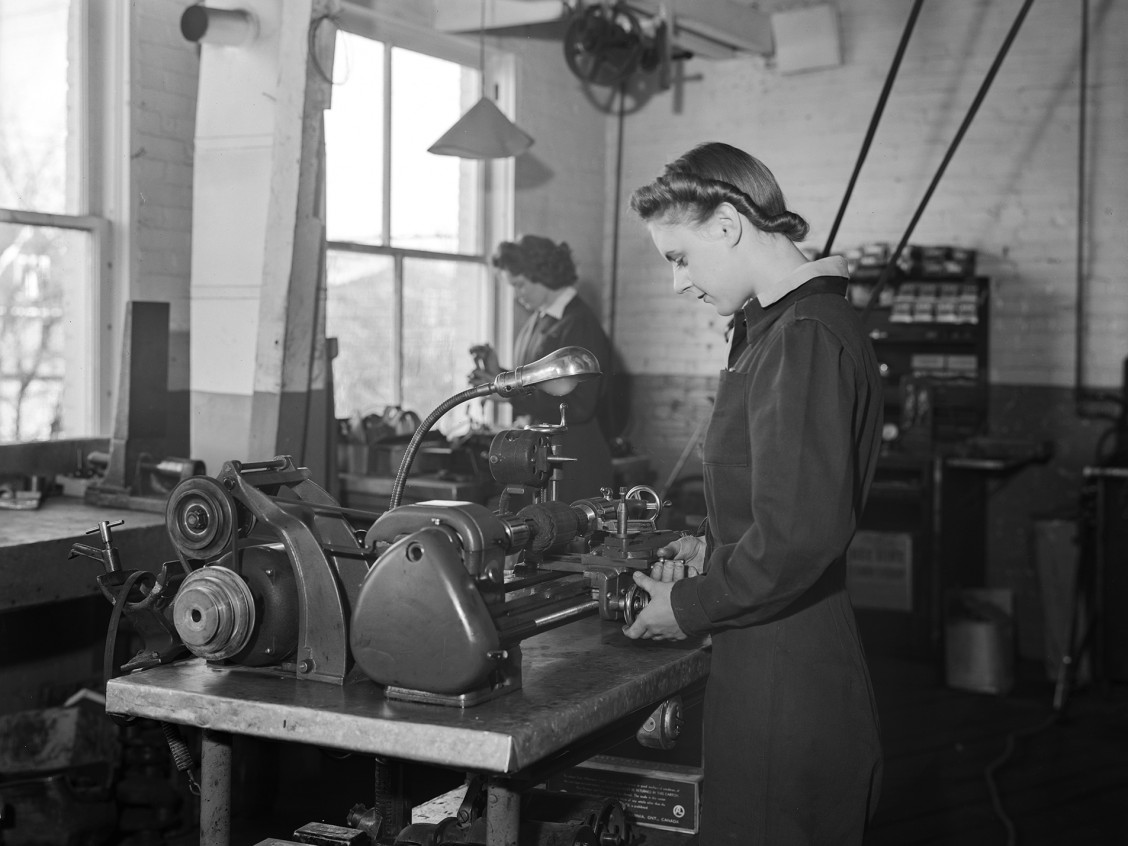 During the five years of the Second World War, Edmonton came into its own as a city, where anything is…