“With this history in mind, one can more fully understand the inclusion of Indigenous figures on the buildings. They serve as a stark reminder of Alberta’s oppressive colonial history and harmful stereotypes which faced, and still face, Indigenous Peoples. Inanimate carvings of Indigenous Peoples were permitted to display traditional and spiritually significant items while living people were restricted from practicing their cultures.”

Disclaimer: Due to the importance around the legal designation of Indian status, this article sometimes uses the term “Indian” to refer to Indigenous people where legally applicable and relevant, or part of a historical quotation. Some of the quotations included in this piece may be triggering for readers as well.

When you walk up the granite staircase into the grandiose Beaux-Arts Alberta Legislature, you are greeted by tall sandstone and marble columns, a babbling fountain, and a grand marble staircase. Atop the staircase are the imposing mahogany chamber doors where the decision-makers of the province meet. If you choose to linger in the rotunda, you might take notice of four carved First Nations faces staring down at you from above. The four male figures wear headdresses. They are wrinkled and aged, and their faces carry traces of sadness. These features can be easy to miss among the elaborate symbolic architecture of the building, all chosen intentionally to send a particular message to those inside the building.

A carving of an Indigenous Face located inside the Alberta Legislature. Image provided by the author.

Just a short walk to the north, stands another building constructed in the Beaux-Arts style.[1] The Bowker Building was erected in 1931 to mirror the Legislature. It was originally known as the Administration Building and also features two carvings of First Nations faces. The face looking west over 109th Street features a ceremonial headdress while the eastern figure wears two long braids.

As a former Heritage Interpreter at the Legislative Assembly, I often wondered why these faces were included in the design. After all, in the early twentieth century, Indigenous Peoples were being aggressively marginalized as the Canadian state enforced policies of “aggressive civilization” through the residential school system, bans on traditional clothing and ceremonies, segregated hospitals (like the Charles Camsell), and many more.

So, if many Edmontonians believed Indigenous Peoples were not a part of the future of the city what were the reasons for including Indigenous figures in civic architecture?

Architectural detail of the pillars above the entrance to the Bowker Building, July 1990. Image courtesy of the City of Edmonton Archives, EA-207-469.

Over 9000 years of complex history exist in the surroundings of what is now the Alberta Legislature. The territory was traditionally a gathering place for Indigenous Nations including the Nehiyawak (Cree), Danezaa, Nakota, and Niitsitapi (Blackfoot) who came together to hunt and gather, trade, cement alliances, and perform important ceremonies.[2] It was also significant for as the site of Fort Edmonton V, the home of a bustling Métis community, the signing of Treaty 6 adhesions, and a place of Indigenous political activism, protest, and negotiation with Alberta government officials. Where the Legislature stands is a place of history and history-making, and a place of Indigenous Peoples.

If we highlight the vibrant Indigenous history of the Legislature grounds, it makes sense that symbols of Indigenous Peoples are included in these two buildings. However, these representations had a much different meaning to the settlers of early twentieth century Edmonton.

In the first decades of the twentieth century many Canadians believed that Indigenous Peoples were vanishing. Museums, anthropologists, and ethnographers across the country rushed to “preserve” Indigenous cultures and artifacts while Canadian government officials simultaneously worked to assimilate Indigenous Peoples into Canadian society.[3] In 1916, the Edmonton Journal commended a private collector:

“Edmonton will take pride in the fact that one of her residents has looked into the future, and collected many specimens of Indian handicraft while it was yet possible to collect them. They are relics of a vanishing race; they symbolize the finest traits of the Indian, and the talents of which civilization has robbed him.”[4]

Prominent (and problematic) Edmontonians such as Frank Oliver, used government positions to remove Indigenous Peoples from the growing city and undermine established treaty rights. In 1908, the Stony Plain Indian Reserve, later Enoch Cree Nation, lost significant portions of land owed to them under dubious circumstances.[5] A few years later, Oliver proposed an amendment to the Indian Act which allowed Indigenous Peoples living on a reserve next to a town of eight thousand or more to be forcibly removed without consent.[6] Further, settlers believed that Indigenous Peoples could only be successful if they gave up their cultures and adopted “the same methods as their white brethren.”[7] The so-called “vanishing Indian” was to be memorialized and encapsulated in the stones of the new Alberta Legislature.

The Legislature’s architects, Allan Merrick Jeffers and Richard Blakey modeled the building in the fashionable Beaux-Arts architectural style, noted for Classical elements such as columns, decorative carvings, and elaborate balcony railings. This style was popular between 1885 and 1930. Canadian civic buildings employed this style because of its symbolic associations with prosperity, “civilization”, and progress.[8] A future-focused province like Alberta used the Beaux-Arts to send a message of Alberta’s modernity, authority, and superiority over the past. A report on the Legislature stated, “with a degree of pride and pleasure that we note the changed conditions from a fur trader’s life to a prosperous modern civilization… we are aiming to establish for our people the most important and imposing structure in the province.”[9]

The original plan for the area where the carved Indigenous faces appear included “four oil or water color painting (sic)…representing scenes historical or typical of the Province.”[10] At some point in the construction, the paintings were replaced with carvings. The Indigenous men in the carvings are depicted as wearing headdresses and aging, or near death. These features symbolized the “vanishing Indian” made possible through Canadian assimilation. The inclusion of headdresses is particularly telling because until 1951, Indigenous Peoples required permission from an Indian Agent to wear headdresses and other regalia, while traditional ceremonies were prohibited. With this in mind, the headdresses represent a historical past. The depictions memorialized a culture which many settler Albertans believed would be gone in the near future.

The Bowker building’s carvings tell a similar story. The building’s architect, Cecil Scott Burgess, designed the Bowker Building to complement the Legislature and Burgess too was preoccupied with demonstrating historical progress using architecture. In public lectures and radio talks, Burgess urged his audiences to understand history or “straggle from the line of march of the great army and as a nation take no part in the great forward movement of the human race.”[11] In his opinion, Edmonton’s symbolic architecture should express “our abstract ideals into concrete form” in order to “rise upon them as on stepping-stones to higher things.”[12] In many of his writings, he emphasizes British superiority. British symbols were markers of a “civilized race”[13] and Edmonton was the “jumping off place to the far north…an outpost carrying the flag of civilization far from the great countries where it lies entrenched.”[14]

Following in the architectural heritage of the Legislature, Burgess memorialized Indigenous cultures using decorative carvings on the exterior of the building. Since he believed that architecture should express settler society’s ideals, he likely also wanted to memorialize Indigenous Peoples. The stereotype of the “vanishing Indian” was pervasive into the 1930s. An article written one year after the completion of the Bowker Building reporting on the distribution of Treaty annuities at Winterburn Reserve (Enoch) stated “another year’s payments were over…that will continue ‘so long as the sun shall rise and set’—or so long as the vanishing race that once ruled the continent shall have children.”[15] In the carvings one figure wears a headdress while the second has braided hair. Like the banning of the headdress, braided hair, which is spiritually significant, was cut upon a student’s entrance to Residential Schools in an attempt to remove Indigenous identities.[16]

With this history in mind, one can more fully understand the inclusion of Indigenous figures on the buildings. They serve as a stark reminder of Alberta’s oppressive colonial history and harmful stereotypes which faced, and still face, Indigenous Peoples. Inanimate carvings of Indigenous Peoples were permitted to display traditional and spiritually significant items while living people were restricted from practicing their cultures.

It is important that we ask ourselves which histories are being told in the landscapes of Edmonton’s built heritage. When understood through the historical perspectives of early twentieth-century settler Canadians, these carvings were meant to act as memorials to people that settlers believed were unable to fit into a rapidly modernizing society. Today, the carvings can act as a teaching aid to help tell complex stories of both Edmonton’s Indigenous and settler histories. However, without understanding the historical context of these representations, they can be easily dismissed as meaningless decoration.

[1] “Alberta Government Administrative Building,” The Journal of the Royal Architectural Institute of Canada, Vol. 8, no. 1 (October 1931): 352.

[2] Linda Goyette and Carolina Jakeway Roemmich, Edmonton: In Our Own Words (Edmonton: University of Alberta Press, 2005), 20-24.

[16] Truth and Reconciliation Commission of Canada, The Survivors Speak, 2015, vi.

“Alberta Government Administrative Building, Edmonton.” The Journal of the Royal Architectural Institute of Canada 8, no. 1 (October 1931): 352-356.

Goyette, Linda and Carolina Jakeway Roemmich. Edmonton: In Our Own Words. Edmonton: University of Alberta Press, 2005). 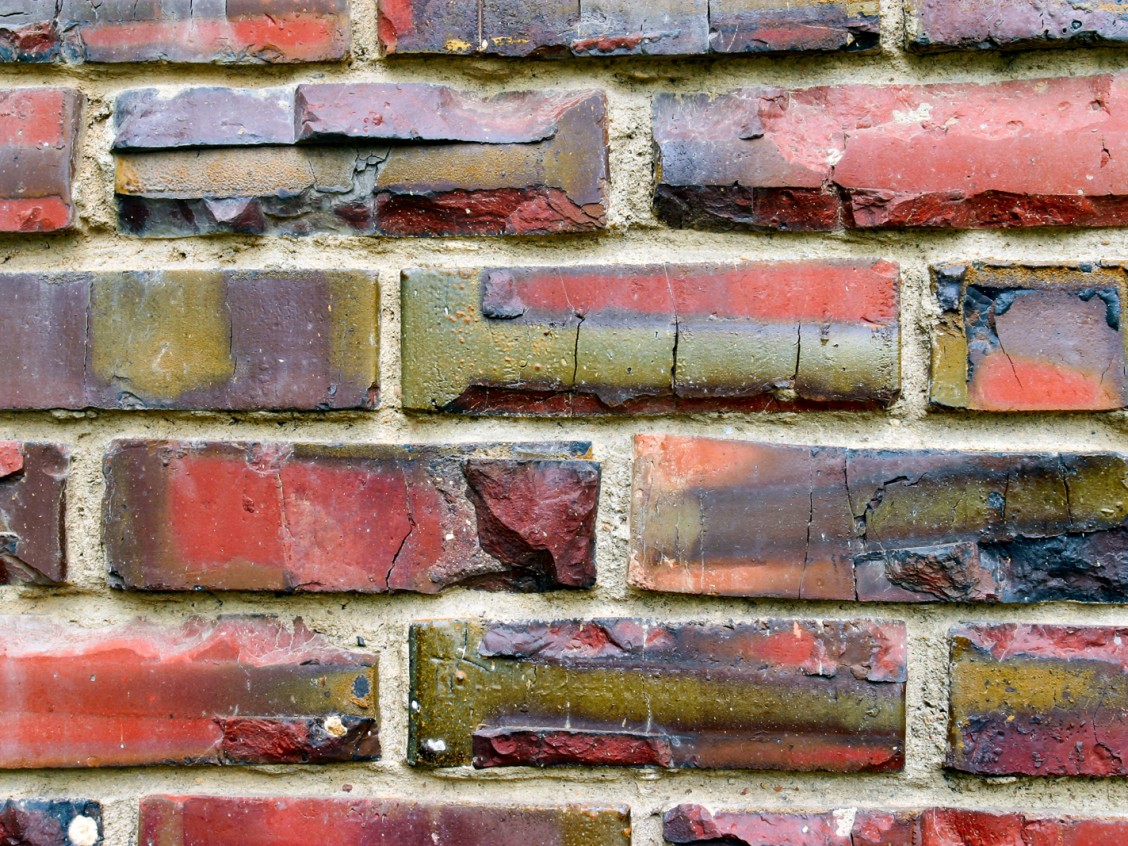 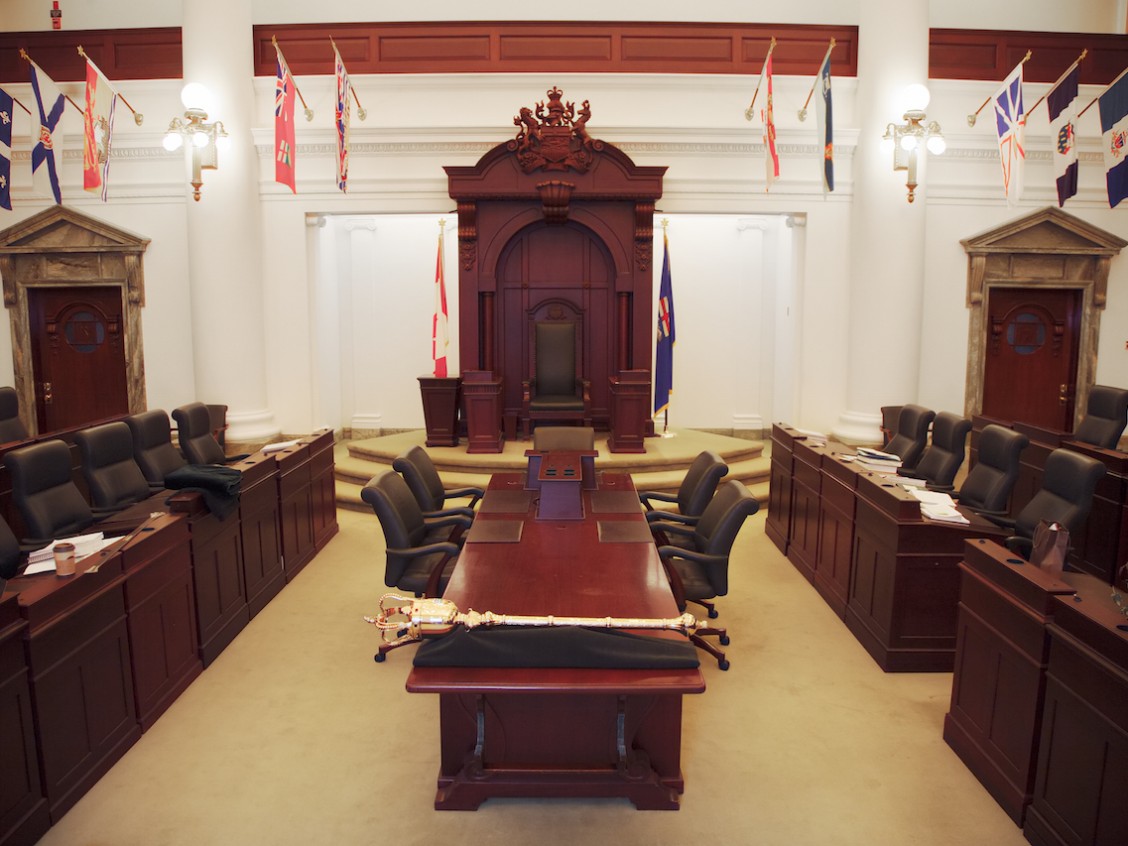 In its simplest terms, the mace represents the authority of Her Majesty the Queen to create law and to rule…