“Over his 40-year career, which ended abruptly in 2003, Bill Coull developed into a smooth, deep voiced, intelligent, eclectic, professional announcer, with a special knack for creating a thoughtful musical theme by combining his words with a vast range of musical styles.”

For David Ward, the memory of Bill Coull and his sudden departure from CKUA has left a strange taste in his mouth. Eighteen years later that taste remains. There are plenty of theories but few clear answers when examining the life and broadcast career of Bill Coull, the voice of CKUA for almost four decades. “He made up his mind and he left without anyone having the chance to say goodbye,” said Ward.

CKUA, one of Canada’s oldest radio stations, began in 1927 as a part of the University of Alberta’s Department of Extension. Over the years the station went through many changes. When an 18-year-old Bill Coull first started working at CKUA in the Alberta Block on Jasper Avenue in 1963, he recalled later that it was “a fabulous place to walk into, the hippest place in town, absolutely the leading edge.”

CKUA offered a daily serving of classical, jazz, folk, blues, opera, news and sports. Popular music was generally left to the various local commercial stations. But change was in the air and Bill Coull was part of that change. Legend has it that in 1965, while filling in for another announcer, Bill played the Beatles song Michelle. The telephone started to ring, and the complaints poured in for days.

Over his 40-year career, which ended abruptly in 2003, Bill Coull developed into a smooth, deep voiced, intelligent, eclectic, professional announcer, with a special knack for creating a thoughtful musical theme by combining his words with a vast range of musical styles. Ward remembers first meeting Coull on April 19, 1992, the day Ward started working part-time in the record library.  For years Ward sat a few yards away from the announcer’s booth, watching and listening to Coull host a three-hour weekday afternoon show plus a Saturday afternoon jazz show. “He was the top of the heap,” recalled Ward. “He had the best time slot and he delivered.”

One of Coull’s contributions was that he influenced the musical tastes of several generations of Edmontonians and later many Albertans province-wide, said Ward.

Some of those listeners included Ben Eastwood who remembers listening to Coull’s show The Groove when he was in high school in 1964. “It was such a great program that offered songs and artists that conventional music radio would not play,” said Eastwood. In 1967, Mike Oakley remembers lending Coull his brand-new copy of Don Ellis Orchestra ‘Live’ at Monterey! and his excitement after hearing his name and his record played on the radio.

Kodi Hutchinson, a professional musician, record label owner, festival producer and host of CKUA’s A Time For Jazz, remembers hearing Coull on the radio when he was just 15 or 16. “I used to drive around in an old Volkswagen Rabbit with a crazy stereo that allowed me to record what was on the radio,” said Hutchinson. “I would drive around and record Coull Jazz and that was where I would learn about music to play. I can credit Bill Coull for inspiring me to become a double bass player.”

As the years passed, and Coull’s importance at the station grew, he became a mentor to many up-and- coming announcers. Mark Antonelli was one of those. “I will always remember Bill for being the one who suggested I be hired by CKUA back in the late 1980s,” said Antonelli. “He was always on the lookout for up-and-coming talent and would regularly listen to various campus- and community-based radio stations with an ear open to new voices that might find a home at CKUA.

Holger Petersen, record producer and host of Canada’s longest running blues radio show Natch’l Blues, first encountered Coull in 1968.  Petersen was just 18 or 19 years old and Coull was 24, but Petersen was still impressed with what he saw. “My first impression was that this guy sounds great, knows what he’s talking about, has a passion for the music and he has the world’s best name for an announcer,” remembered Petersen. “He seemed to easily combine jazz, blues, rock, folk, pop music, something that is fairly common these days but was pretty rare when he started it,” said Petersen.

While Coull was clearly a skilled, confident professional — much loved and admired by his listeners — he also held strong opinions and wasn’t afraid to voice them.  In those days it was not unusual to find Coull in the record library among other announcers giving his strong and well-thought-out opinions on a wide range of topics. Words and phrases like curmudgeon, short fused, and “did not suffer fools lightly”, are often used today to describe him. “He was opinionated about what he liked and what he didn’t like musically,” recalled Petersen.

Monica Miller remembered when Bill attended a live concert of jazz great Freddie Hubbard. It was during a time when many jazz musicians were sliding towards popular music to try and increase their audience size and sell more records.  Miller remembered that during the show Coull was getting increasingly frustrated until he shouted to Hubbard: “Play some jazz, man.”

Some who knew him like Ward, said that if you were among Coull’s small group of friends, he was very kind and loyal but if you were not, he was a hard person to get to know. Alan Kellogg, a former Edmonton Journal staffer and a CKUA announcer for a short time, met Coull in the mid-1970s and remained close until Coull’s death in May 2019. “It turned out I was spectacularly unqualified to be a radio announcer,” Kellogg recounted during a CKUA tribute to Coull broadcast the day he died. “He was affable with me always, not with everybody else,” said Kellogg.

Eighteen years after his departure from CKUA, and now almost two years after his death, Ward finds himself still thinking about the significant contribution Coull made to the arts in Alberta as well as his abrupt departure. Part of understanding what happened, Ward said, is understanding the solitary nature of being a radio host. You pick your own music and then sit in a studio talking to yourself. “The nature of the job contributes to the pattern that many hosts are lone wolves,” said Ward. And unlike most commercial radio jobs, hosting a show on CKUA provides a remarkable level of freedom and independence. During Coull’s years, there were not even any commercials to work around.”

As the years went by Ward noticed Coull was becoming increasingly frustrated. He knew that Coull was not interested in moving into management, but he may have felt he was not being given the respect he deserved, especially considering his lengthy years of service and seniority. In 2001, Coull was shifted to the weekly morning show after its host Cam Hayden left to establish the Edmonton Blues Festival. “But Bill hated the early morning shift and he made it clear on the air that he hated it,” said Ward. “He was not being unprofessional, but he still made it clear he wasn’t thrilled.” Ward eventually took over the morning slot, but the damage was done.

In late 2001, CKUA was planning to open a Calgary studio. Coull was offered the opportunity to lead the move to Calgary and at first he seemed to like the idea, then suddenly he changed his mind. As a result, the expansion plans were shelved and delayed for a few years.

By 2002, the station was making plans to celebrate its 75th anniversary.  Committees were created, a special homecoming weekend was planned, the ballroom at the Fairmount McDonald was booked. Former announcers like the famed Robert Goulet were expected to attend. As the weekend drew near, Ward recalls Coull made it clear that he wanted nothing to do with the weekend. “He did his show that week and told the program director that he was taking a leave for a couple of months.” A few months later word spread that Coull was not coming back. “He never said goodbye to his audience. He never said goodbye to his colleagues,” said Ward. “All the skills he had amassed over the years were never transferred to the next generation.”  Eighteen years later, Ward said, the whole thing leaves a bad taste in his mouth.

It seemed that Coull stayed in Edmonton for a while, before moving to Victoria, where he remarried, enjoyed skiing and driving his sports car, until his death on May 15, 2019. “He was like our artistic compass,” said Ward. “In his own way he was our artistic director for many years, even though it was not an actual position he held. He established a programming esthetic that made us all aspire to do as good as Bill.”

Long time friend Alan Kellogg said Coull has left behind a remarkable legacy that lives in the hearts and minds of the thousands of people who listened to him throughout the years. “He was the son of educators and he was an educator himself,” said Kellogg.

During CKUA’s tribute show after Coull’s death, Kellogg recalled a story when a TV crew was invited by management to come to the station to do some filming. “Because they didn’t ask Bill first, he blocked off all the glass windows of the control booth with newspapers so the TV cameras could not film him,” he said. “That’s what he was like. He was hilarious and yet he got his point across.“

Brian Dunsmore, a former program manager, first met Coull in 1979. “He was a joy to be around most of the time, unless there was something that ticked him off,” joked Dunsmore who became Coull’s boss in the late 1990s. Dunsmore’s lasting memory of Coull was on the day Bob Marley died in 1981 at the age of 36. Everyone was shocked and saddened by the news because all agreed Marley was such a talented and important cultural figure who was with us for only a few years. “When Bill went on the air that day, he just started playing Bob Marley songs without barely saying a word,” said Dunsmore. “And he had his head down in the control room like he was really thinking hard. And he played Marley song after Marley song for 30 or 40 minutes. “

Following Coull’s death, his family issued a remarkably frank summary of Coull’s life in an obituary published in the Edmonton Journal. “He helped shape the sound that would define the station over the next few decades. Bill was best known for his iconic radio program aptly called Coull Jazz. In 2003 he was presented with the prestigious Jazz Broadcaster of the Year award. He was known around the station for being incredibly talented and for being a (mostly) lovable curmudgeon.”

Marylu Walters, CKUA: Radio Worth Fighting For (The University of Alberta Press, 2002) 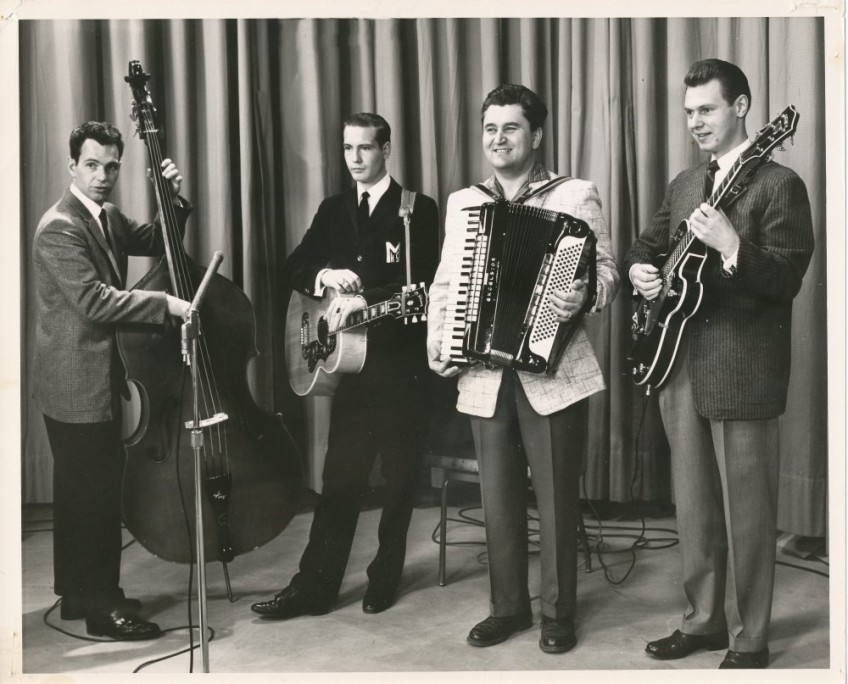 Gaby Haas oom-pah-pahed his way through nearly a half-century of Edmonton’s musical soundtrack. He was a musician, radio and television… 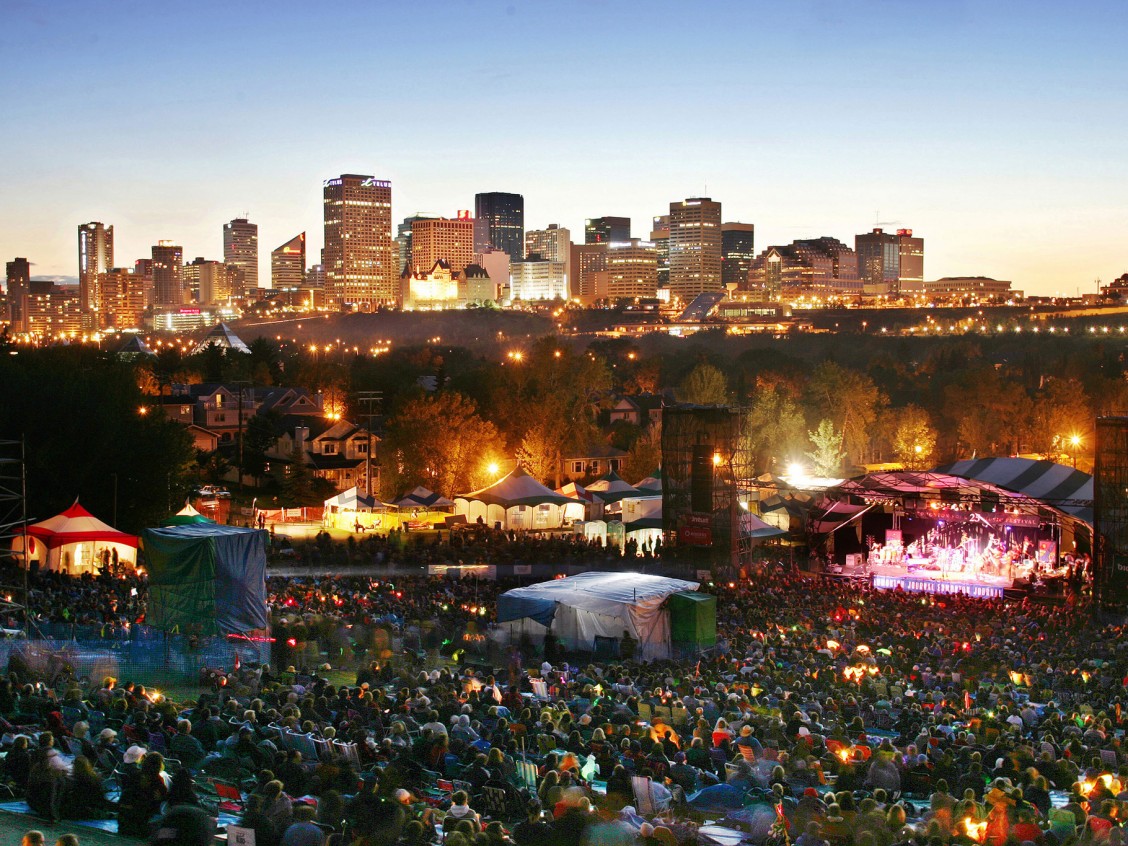