“From a practical perspective, the convenience of remaining in South Edmonton near the rail line had a set of sweeping advantages. A civic-commercial centre had bloomed… as well as the discovery of on-site clay deposits that had spurred industrial growth. It was only a matter of time for an identifiable German community to take shape, enjoying these same profits.”

At the center of West Ritchie is 81st Avenue (between 102nd and 100th Street), a commercial street that feels far removed from the routine bustle and three-to-four storey brick structures on neighbouring Whyte Avenue. At one end of the avenue is an empty lot (at the corner of 102nd Street), being transformed into a 4-story residential and retail structure of modern elegance. The transformation of the space represents an Edmonton that is welcoming more people and new homes into our oldest communities. On the other end (at the corner of 100th Street), on the north side of 81st Avenue, a German church tower soars up above the other objects in sight, providing a landmark speaking to the history of settlement in the area.

In the fragments of space between these two points, small shops with clean utilitarian facades harmoniously, but not intentionally, form what appears to be the main street from the American West in the mid-to-late nineteenth century. Many of the local business owners who operate inside these square-topped, billboard-like buildings cater to the artistic and unconventional tastes of Edmontonians in the neighbourhood. The facades of their shops form a continuous line that once drew a neat path to the Strathcona Canadian Pacific Railway Station.

A casual stroll down 81st Avenue can leave one, without much effort, a patron at a French café and bakery, the audience member of a comedy show and the owner of a house plant, books (the printed kind), and local craft beer. Just a block away on 80th Avenue, early morning crowds of cyclists can be found on the wooden benches outside a coffee roaster and during the late evening, silhouettes of spinning dancers can be seen in a bright window of a swing dance studio from the street level.

The distinguishable bohemian character of West Ritchie may have emerged from this liminal positionality, situated in limbo between two distinct places with fewer rules to guide its own identity development. As I write this, however, the Minchau Blacksmith Shop – one of the remaining buildings of the area’s late nineteenth century industrial birth and German influence has been demolished — a sharp and poignant reminder that the storied history of West Ritchie has not been shared widely enough and is now disappearing.

While mass settlements of German-speaking people started with the arrival of the rail line between Edmonton and Calgary opening in August 1891, the reason behind who arrived is prefaced by earlier settlement patterns. And these patterns went on to influence particular developments in West Ritchie. As early as 1885, a small community of German people were recorded in the Canadian census stationed in houses on the north side of the river.

As testimony travelled from Canada back to the “homeland” and south Edmonton formed an early manufacturing industry that was complementary to the agricultural activities around the rail line station and the greater region, German-speaking settlements spread across the land between Edmonton, Wetaskiwin, and Camrose. Excerpts from newspaper articles and travel journals document the surprise of many German-speaking newcomers to discover the distance of their land claims from the station they arrived at. And indeed, as feelings of now being far removed from the “homeland” set in, the keeping of the German language remained vital to alleviate new anxieties and to share stories of the past. In the region, thirteen German-speaking communities had formed by the start of the twentieth century.

While the German language had the quality of connecting families across the region together, German-speaking communities were divided along religious lines. The Moravians, a protestant denomination that emigrated from Volhynia (what is now part of the Ukraine, at the time Russia) formed a community called Bruderheim outside of Edmonton. By embarking on a long journey to south Edmonton, the Moravian’s had an opportunity to enjoy religious liberty and to hold land, a privilege not enjoyed in Russia. These motivations, however, quickly vanished upon first setting foot on Bruderheim. The isolated feeling and the heavily timbered nature of the land drove several families to return to South Edmonton.

From a practical perspective, the convenience of remaining in South Edmonton near the rail line had a set of sweeping advantages. A civic-commercial centre had bloomed, a growth that was commensurate with the expanding agricultural needs of the surrounding community, as well as the discovery of on-site clay deposits that had spurred industrial growth. It was only a matter of time for an identifiable German community to take shape, enjoying these same profits.

Much like the difference in atmosphere in the lower-scale, simple, boom town appearance of West Ritchie and the continuous density at the heart of Strathcona, the area to the east of the rail line was supposed to be anything but a commercial hub. However, early on, the vacant area was put to use for industry, dotted with farm implement shops, grain elevators, and mills. Indeed, as pressure to stake one’s claim near the civic centre grew, residences leapt over the tracks into West Ritchie.

West Ritchie soon became a centre of German-ethnic culture. In 1911 at the height of growth in south Edmonton, one-fifth of West Ritchie’s population was German-speaking (the largest concentration of non-Anglophones in town). This can partly be attributed to the Immigration Hall, located on 80th Avenue and 100th Street. Diaries of arriving families tell that the presence of the hall encouraged them to move to West Ritchie, welcomed by German families making short stays in the hall’s lodgings.

As more and more families settled in West Ritchie, the social infrastructure necessary to bring people together to a common space had surfaced. In 1902, a block north of Immigration Hall, on 81st Avenue, the Trinity Evangelical Lutheran Church was founded as a wood frame structure. It was replaced in 1914 by the red brick building seen today. Local businesses, run by and sometimes catering to German-speaking people, only strengthened this distinct social fabric.

At the age of five (1894), Adolf Minchau travelled from Russia to south Edmonton with his uncle and aunt, August and Carolina. In the years that followed, Adolf assisted his relatives on the family farm, learned the millwright’s trade at John Walter’s sawmill, and became an apprentice to a local blacksmith. At twenty-two, Adolf opened his first blacksmith shop at 7711-99 Street in 1911 that soon was replaced with a new expanded facility built at 8108-101 Street in 1920.

As these events unfolded, the Minchau family was leaving a quiet but profound legacy. Adolf and his wife, Bertha Schiwere, built their home at 9862-77 Avenue in the Ritchie neighbourhood. The house doubled as a hostel for the lodging of European immigrants, and during the first World War and the flu pandemic, the space converted into a community hospital. As Adolf and Bertha grew older, their sons, Fred and Stanley, held on to the blacksmith shop from the years 1955 to 1979.

After the second World War and toward the 1970s, a German commercial district had formed in West Ritchie. A row of continuous German-based businesses could be seen between 100th and 101st Street on 82nd Avenue. Manfred Prokop, a former German language professor, reminiscing on the spectacle, tells, “there were jewellers, watchmakers, women’s fashion, baby clothes, and bike shops.” One example includes an import shop run by Theodore Frank, a Holocaust survivor who immigrated to Canada in 1951. Four years later, he developed the building for his own business.

Although Prokop in his research discovered that over sixty German-based businesses have been situated in West Ritchie since 1953, only a few exist at present. K&K Foodliner, a European food importer which opened in 1963, represents one of the remaining examples. Today, most structures in West Ritchie were built between 1940 to 1960 at the height of the presence of this cultural group and many have stories similar to Frank.

It is true that the early West Ritchie history has been lost and, certainly, another blow has been dealt by the destruction of the Minchau Blacksmith Shop. Still, reminders of significance in heritage remain, with several resources in the inventory. The boom town appearance on 81st Avenue has all the characteristics of a local main street. If made intentional, these quintessential architectural features could be expanded to the rest of the area.

Each visit to West Ritchie seems to be accompanied by the sight of a new multi-unit residential structure, a colourful new mural, and back alley shops that are always a pleasant surprise. A sense of artistic expression and community are easily traced in the air. West Ritchie has always had a community that has supported others, Immigration Hall and the Minchau Residence as two examples. This spirit lives on today with the Mustard Seed Neighbor Centre at the area’s heart.

Continue below for images of structures and buildings found in West Ritchie that are in the Inventory of Historic Resource.

Special thanks to the Government of Alberta, Historic Resources Management Branch for sharing research on German immigration in Strathcona that led me to most of the sources found above, and to the City of Edmonton, Heritage Planning Section, for sharing historical studies on the resources in West Ritchie on the Inventory of Historic Resources.

Czumer, William and Chumer, Vasyl. Recollections about the Life of the First Ukrainian Settlers in Canada. 1981

Prokop, Manfred, A History of Alberta’s German-Speaking Communities, Volume 1: From the 1880s to the Present. 2007

Prokop, Manfred, Annotated Bibliography of the Cultural History of German-speaking communities in-Alberta: From the 1880’s to Present. 2019

Prokop, Manfred, The Settlement of Immigrants of German Origin in Northern Alberta from the 1880’s to the 1910’s: A Fact Book. 2013 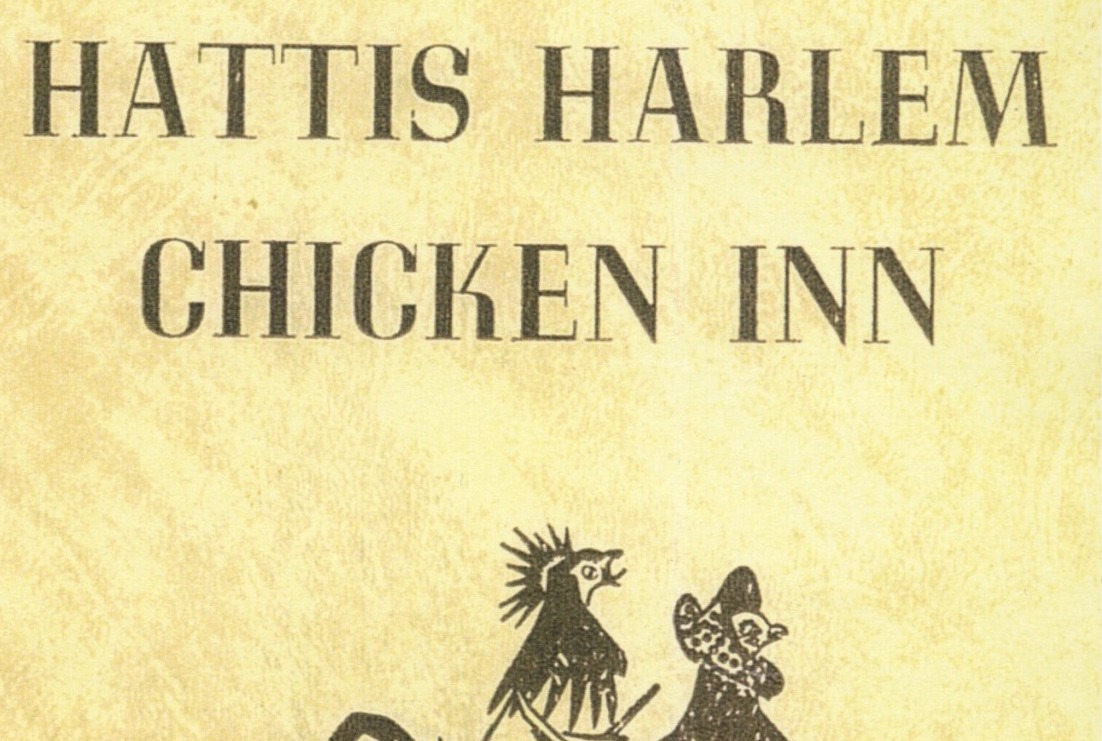