Edmontonians had an insatiable appetite for finely crafted candies, and business was good. Two candymakers and two chocolate dippers worked in the 2,800-square-foot kitchen, turning out 250 to 300 pounds of candy each day. On any given day, their output included dipped chocolates, hard candies, marzipan, ginger fruits, fudges, Turkish delight, peanut brittles, caramels and a dozen other varieties.

Right from the beginning, Edmonton has had a sweet tooth. Newcomers from European countries brought with them a love for candy and the craft of making it. By the early 1900s, Edmonton was home to several shops making and selling handcrafted chocolates and other confections.

Palace of Sweets Sign from the Hook Signs Fonds. Image courtesy of the City of Edmonton Archives.

Pavey gained a loyal following right across Western Canada for hard candy butterscotch, horehound twists, lemon slices and Edinburgh rocks, among other delights. Its “Queen of the West” confectionery proved so popular in the roaring twenties that a bigger plant was soon needed, and in 1929 the business moved to 9627 105A Avenue.

That was the year Bill McCreedy started working there, shortly after he landed in Canada from Northern Ireland with his aunt and sister. He began the job on September 9, 1929, the day before his 16th birthday, and was soon learning to craft chocolates, jellies, caramels, and humbugs – his favourite.

The work was hard and the hours long, but McCreedy was frugal and saved enough to buy a residential lot for $142.50 in Eastwood in 1940. He built a house on the property at 12133 87th Street and lived there for the next 70 years. McCreedy retired in 1988 after 59 years in the business.

Even in his golden years, Edmonton’s longest-serving candymaker just couldn’t give it up. Every Christmas he would handcraft rumballs and jellies for his family and friends. He died in July 2014 at the age of 100, and the news of his passing made the papers back in his Irish hometown.

My personal connection to Edmonton’s candied past came in the 1960s when my mother worked at the Palace of Sweets. The retail candy store opened in the midst of the Second World War in the historic Chisholm Block, on the southeast corner of Jasper Avenue and 104th Street.

With a candy kitchen in the basement, a newspaper and magazine subscription service, and fine tobacco and cigars, it was the most aromatic of stores in downtown Edmonton. The business was started as Western Canada News and Western Canada Subscription Agencies in the late 1930s.

The Palace of Sweets opened its doors in August 1940 as a small confectionery and newsstand at 10411 104th Street, managed by James MacNeil. Two years later, it moved to 10359 Jasper Avenue, a corner location in the Chisholm Block, once home to the Edmonton Public Library.

Jasper Avenue – 104 Street (west) circa 1956. The Palace of Sweets is visible to the left at the far corner of the first brick building (the Chisholm Block). Image courtesy of the City of Edmonton Archives.

How the owners came to choose the name is lost in time, but they may have been inspired by Emil Brach, father of the Brach’s candy empire. In 1904 the German immigrant pulled together $1,000 to open the Palace of Sweets, a Chicago candy shop.

The Edmonton version’s owners and a dedicated team of managers, candymakers and clerks built it bite-by-delicious-bite into the city’s foremost place for handmade candy. They sold it under the brand name Ambrosia – “food of the gods.”

My mother Shirley, recently arrived from Winnipeg, started working at the Palace of Sweets in December 1957, hired by manager Robert Smith. She was 20 years old and her first week’s pay totalled $20.

Shirley Herzog at the door of the Palace of Sweets, 1959. Photo courtesy of Lawrence Herzog.

“It was a very busy store, especially during special seasons at Christmas, Valentine’s Day and Easter,” my mom remembers. “We had hundreds of steady customers, and we knew most of them by name. There was constant traffic with people buying their overseas newspapers and their favourite candies, both handmade in the basement and imported.”

Edmontonians had an insatiable appetite for finely crafted candies, and business was good. Two candymakers and two chocolate dippers worked in the 2,800-square-foot kitchen, turning out 250 to 300 pounds of candy each day. On any given day, their output included dipped chocolates, hard candies, marzipan, ginger fruits, fudges, Turkish delight, peanut brittles, caramels and a dozen other varieties.

My mother calculates she ate thousands of pounds of confectionery in her 17 years working at the store. “They never told us that we couldn’t eat the candy, and there were so many varieties. Some of my favourites were chocolate-covered cashews, snowballs (cream centres with chocolate rolled in coconut), and dusty dreams, which were rolled in nuts.”

For a kid growing up in Edmonton, the Palace of Sweets was a magical place. “I still remember all the smells,” my mom says. “The delicious candy cooking in the copper kettles, the sweet aroma of the fragrant pipe tobacco.”

By the early 1970s, the art of handmade candymaking was being overtaken by machine-driven mass production, and so owner Douglas Jones decided to retire and close the doors in May 1974. “A store with a full candy kitchen in the basement is sadly something we’ll never see here again. But it was great while it lasted.” 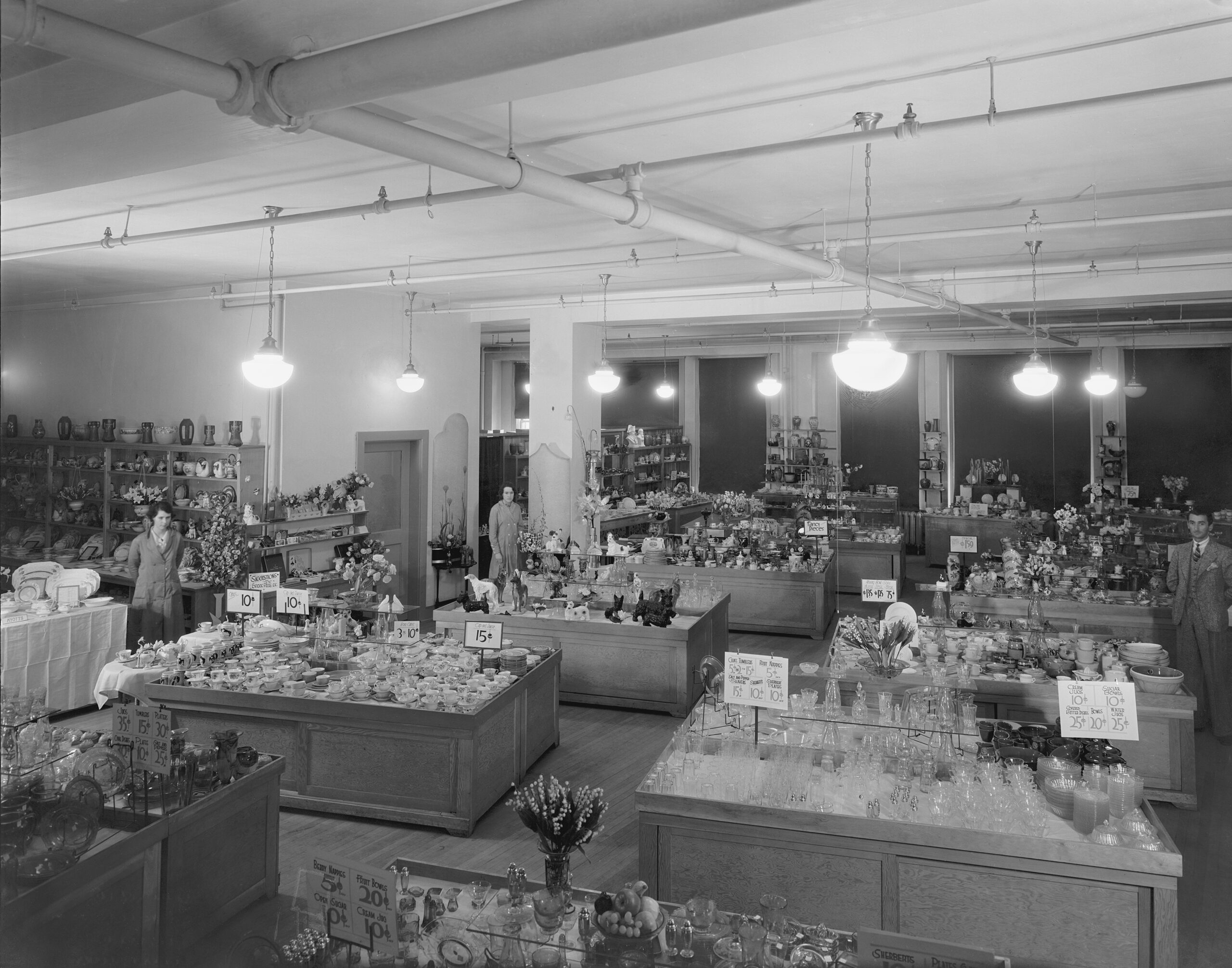 As a kid, I remember the downtown Woodward’s store as a treasure trove of sights, sounds, and smells. It was the… 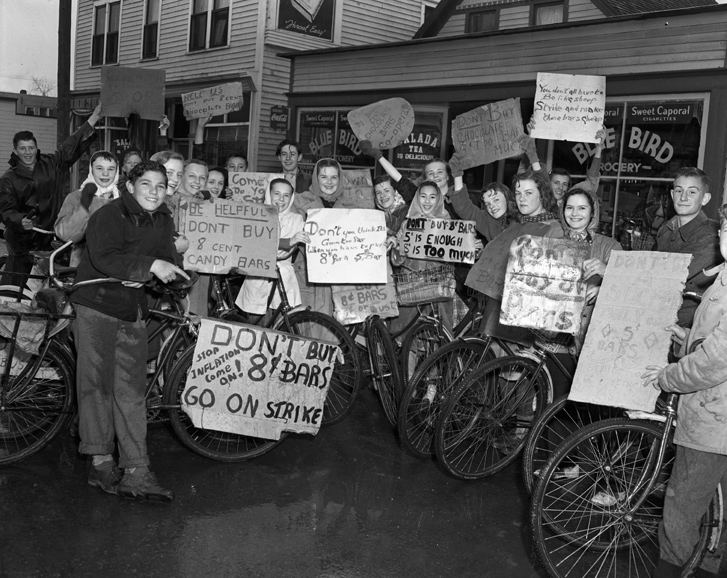