For many non-Aboriginal people, it may seem a small thing to register your child in a Cree language school or to learn Cree yourself. Holding a public meeting or creating a Cree language radio program and video recording studio might appear to be small acts.

But when those seemingly small acts counter the colonial narrative that modern Canada is built on, their significance grows.

When you think of Edmonton you likely don’t think of subversive acts. After all, we are conservative prairie dwellers who quietly go about our business. Yet our history is full of big and small events that prove otherwise.

Edmonton’s First Nations, Inuit and Metis (FNIM) communities demonstrate some of the best examples of quiet acts of subversion. Even when laws forbade them from meeting in groups or settler society overtly worked to silence Aboriginal voices, some Aboriginal Edmontonians refused to acquiesce. Their resistance was important because Aboriginal people were a minority in a community of settlers who tried to erase their presence in the city. By subverting settler desires, Edmonton’s FNIM communities ensured their continued presence in the city’s stories.

Many citizens don’t understand why our Aboriginal communities might feel the need to be heard through subversive acts. After all, at the end of 2015, we’ve had a few months to digest the findings of the Truth and Reconciliation Report (June 2015), and it appears that many people in Canada are willing to take the report’s recommended Calls to Action seriously. The report outlines how Aboriginal children in Canada were forcibly taken from their families and housed in residential schools. Many were subjected to physical, sexual and mental abuse. They were forbidden from speaking their native language, wearing traditional clothing, maintaining traditional hair styles or performing traditional rituals and spiritual practices. Why? Government officials, acting under the colonial mandate of assimilation, said they were “killing the Indian in the child.”

However, this is not ancient history. The last residential school in Duck Lake, Saskatchewan didn’t close until 1996. It will take a great deal of work by all Canadians to slowly ease the burden residential schools put on our Aboriginal communities. And the reparations process ignored the experience of Metis people and students who attended day schools, so their struggle continues because they often suffered the same abuses.

In this context, an act of subversion can be anything that does not fall into the colonial narrative. In 1885 a provision was added to the Indian Act that made it difficult for Aboriginal peoples to leave their reserve: all activities were monitored by the government Indian Agent who had the right to prevent people from travelling and meeting.

Council of Cheifs meets around table at All Peoples’ Mission, 1946. Courtesy of Bissell Centre Archives.

Fortunately, there was a place in Edmonton where leaders could meet: the Bissell Centre, former known as the All Peoples’ Mission. Bissell has a long history of advocacy for Edmonton’s FNIM communities. In the 1940s and 1950s, when movement was still restricted, Bissell provided a safe space where chiefs could meet and prepare to discuss their grievances with Parliament. Among those attending were James Gladstone, Gus Steinhauer and Marjorie Peacock.

Meetings may not seem subversive, but given the difficulty of freely leaving reservations and the limitations put on community leaders, meeting in public was difficult. In this instance, leaders refused to quietly accept government directives and their work directly influenced the 1951 Amendment to the Indian Act.

When government actively works to erase a culture, acts of subversion can be critical to cultural survival. Many residential school survivors were abused for speaking their language; after years of forced isolation from their families and communities, when they were indoctrinated about the evils of their culture, some forgot how to speak the language of their birth. So, when Jenny Shirt Margetts and a group of activists united to create Awasis, a Cree language elementary school program, at Prince Charles School in 1973, they displayed immense courage. After all, they were intentionally reclaiming the “devil’s language” that they had been beaten and tortured for speaking.

The Edmonton Public School Board saw the merits of the work at Awasis and expanded the program to grade seven. In 2000 EPSB opened amiskwaciy Academy after consultation with five elders. Amiskwaciy is a junior and senior high school that teaches Cree language, culture and spiritual practices alongside the Alberta curriculum. Elder Francis Whiskeyjack helps students at amiskwaciy regain their cultural identity and respect for themselves and others through traditional teachings. Canada’s first languages are once again being celebrated and preserved for future generations.

The four principles on which the Awasis Program is built. Photo by Dallas Kronyk.

In 1968 the Alberta Native Communications Society (ANCS) was incorporated. The founding members included Stan Daniels, Adrian Hope and Eugene Steinhauer. The society printed a weekly newspaper and produced Cree and English radio programs and videos for the Alberta Department of Education that were shown in Alberta schools. The ANCS used their platform to counter portrayals of FNIM peoples in traditional media and to reach out to Canada’s Indigenous peoples, but they often faced opposition from the Department of Indian Affairs and traditional media outlets. When ANCS was forced to shut down in 1983, their extensive collection was donated to the Aboriginal Multi-Media Society (AMMSA) and later to the University of Calgary where the public can access it.

But while it was operating, ANCS made their mandate clear: in addition to serving the needs of Aboriginal peoples, their programming served to “pierce the veil of ignorance about Native people.” The ANCS refused to quietly submit to the popular narrative about Aboriginal peoples. In 1973 Executive Director Larry Desmeules wrote to the CRTC:

“[ANCS] enables us to expose society to the richness and wisdom of our heritage; the beauty of our art and dances and music; the rich folklore of our people; the contribution to society our people have made and will continue to make; our hopes and dreams and aspirations, and, most of all, that we are human beings who hate and love and laugh and cry, who know hope and despair, who love our families and want the best for our children, who want to be full partners in the future of this country which has been our home for untold generations.”

Traditional culture is an integral part of life at amiskwaciy Academy. Photo provided by the Bissell Centre.

For many non-Aboriginal people, it may seem a small thing to register your child in a Cree language school or to learn Cree yourself. Holding a public meeting or creating a Cree language radio program and video recording studio might appear to be small acts.

But when those seemingly small acts counter the colonial narrative that modern Canada is built on, their significance grows. And even the smallest of these subversive behaviours remind us that every one of us deserves to be treated as equals on Treaty 6 land, and that we all have the right to freely practice and celebrate our diverse cultures. 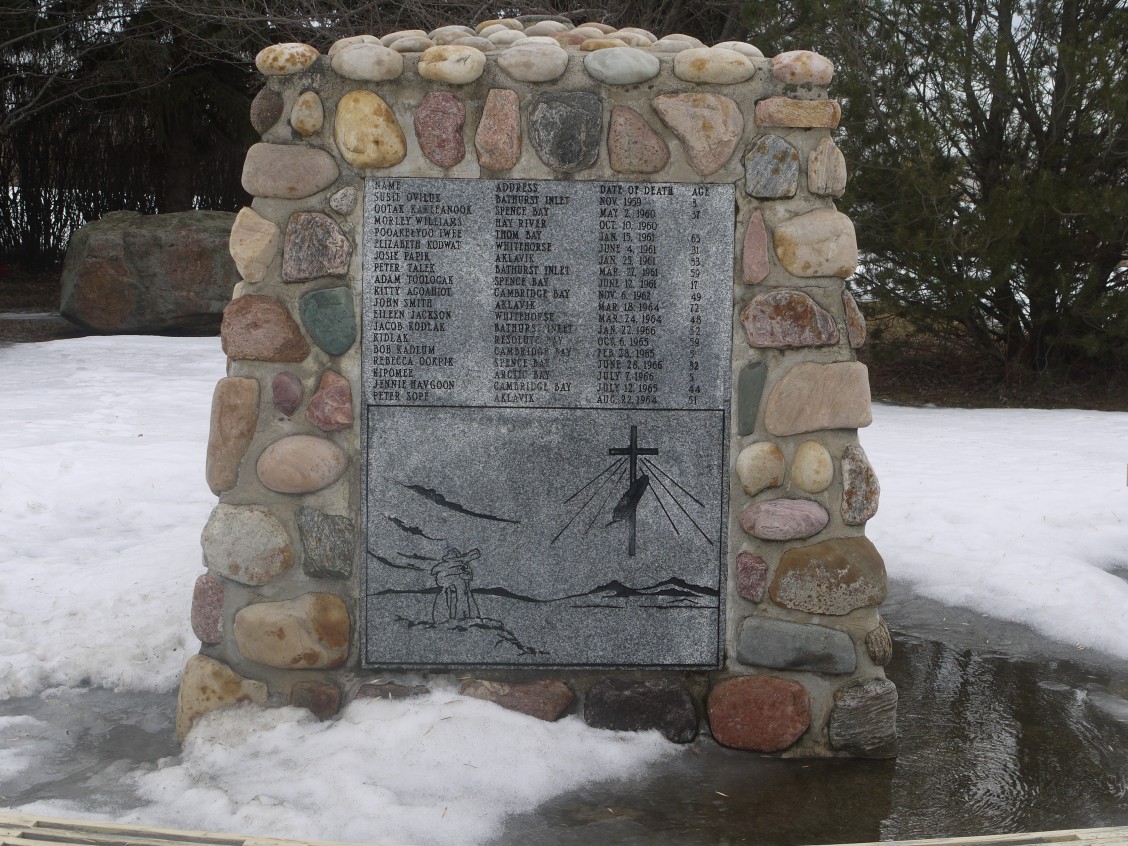 The history behind the Indian Hospital is certainly haunting. During those two decades it was primarily used as a tuberculosis…

When Ghosts of Camsell went live in late March, I had no idea what to expect. I was definitely nervous…