A newspaper advertisement from 7 December 1911, seemingly put out by a group of local retailers, very enthusiastically prevails upon the reader to live local:

Edmonton Stores Can Supply All Your XMAS NEEDS:

Christmas is rapidly approaching, and it’s not hard to catch the spirit of the holidays in Edmonton. Trees are lit up, store windows are decorated, and advertisements tell us that shopping season has officially begun. We can get on board with signs of Christmas that remind us of seasons past: decorations, concerts, and baking, to name a few. It’s more difficult, though, to support the modern materialism that has recently come to surround the holidays. It makes one long for a quieter, simpler Edmonton–the Edmonton of one hundred years ago, perhaps?

But wait! Edmontonians one hundred years ago liked shopping too! Like us, Christmas shopping was important to them, too. And like us, they got started with their shopping pretty darn early. In the spirit of the season, then, we will take a look at what you could expect as a Christmas shopper in 1914 Edmonton. The experience may be more familiar than you expect.

First, let’s set the scene: 1914 Edmonton is a bustling place. The railway arrived in Strathcona over 20 years ago, and brought people, goods, and commerce with it. The city has become a big one, helped in no small part by the amalgamation of Edmonton and Strathcona in 1912. The population has grown rapidly over the past 15 years, from 2200 in 1899 to more than 72,000 residents in 1914. During this growth period, Edmonton has become more and more prosperous, and it seemed that the bubble would never pop. Until it did. A recession began in 1913, and the beginning of 1914 saw a credit freeze and wide underemployment. The city has also been hit hard by the First World War, which was predicted by many to only last until Christmas: between 1914 and 1916, approximately 24% of Edmonton’s population (about 18,000 people) will head off to war. Still, Christmas goes on.

Provincial Archives of Alberta, A6170

Provincial Archives of Alberta, A6171

We often think of the Western Canada of 100 years ago as a place best-served by the mail-order catalogue. It must have been difficult to get goods “out west,” right? The truth is a bit more complicated than this. Mail order catalogues did make up some of the retail landscape of the west, and customers were able to order everything from clothing and household goods to automobiles and houses from catalogues. By 1914, though, Edmonton was an urban centre in its own right. The city had a large enough population and enough infrastructure to support local retailers, and the rural population was able to use Edmonton rather than Central Canada as a reliable (and quick!) supplier of goods. The last customer-oriented Hudson’s Bay Company catalogue was published in 1913, and while companies like Sears still published their catalogues, customers in Edmonton did not rely on them the way they had before.

The response to this increase in locally-available goods seems to have been a very positive one. Edmonton was (and is) a city of boosters, intent on promoting and enhancing the city. We tend to think of “live/buy local” campaigns as fairly modern phenomena, but the push to purchase locally was alive and well in Edmonton 100 years ago. A newspaper advertisement from 7 December 1911, seemingly put out by a group of local retailers, very enthusiastically prevails upon the reader to live local:

We modern folk often complain about how early stores begin advertising for Christmas. “It gets earlier and earlier every year,” we tell ourselves and each other indignantly. One hundred years ago, Edmontonians may very well have been singing the same tune. Stores began advertising in November, and called for customers to get their shopping done early. In November 1913, Johnson & Hubbs Jewelers put out an advertisement observing that, “The spirit of Christmas is already perceptible, and you will profit in many ways by making early purchases.”. In November 1911, the HBC warned customers that “There’s not a moment to be lost if you want to escape the final rush which is inevitable. Do your shopping NOW while we have the facilities to wait on you, and as you would like us to–at your leisure. It will be much more satisfactory to you, to us, and to all concerned. COME TOMORROW.”. The pressure was on.

While the impetus to purchase gifts (and purchase them early!) is clear, the types of gifts that were purchased are a bit different from what we might expect today. Retailers like the Ross Brothers urged people to purchase practical, useful gifts, including housewares, personal grooming sets, and clothing. The focus on toys for children, though, was very similar to what it is today. The Purvis Co. devoted part of its department store to a Toyland as Christmas approached in 1911, and emphasised excess in gifts, claiming that Santa’s pack “is going to be so big this year that I can’t wait any longer”.

I think we can agree Christmas shopping in 1914 Edmonton looks pretty similar to Christmas shopping 100 years later. “But surely Boxing Days sales are a modern excess!” you may shout. In fact, they’re not. On 26 December 1914, James Ramsey Ltd., a store specialising in food, clothing, drugs, and stationery, ran an advertisement calling for Boxing Day shoppers. “After the Holiday Rush Comes What?” the ad asks, “A Remarkable Sale of Holiday Surplus Stocks. Our Prices are Seldom Lower.”. Boxing Day shopping, as it turns out, is longstanding tradition.

As the First World War (which many had expected to be over by Christmas of 1914) continued, so did the advertisements. People didn’t stop shopping, of course. However, the Christmas advertisements were broken up by ads for victory bonds, and the front page ads were displaced by news from the front lines. The face of Edmonton continued to change.

It’s both tempting and easy to fall for the historical myth of “simpler times”. We know, though, that people in the past had complex lives just like we do, and Edmontonians one hundred years ago had very complex lives indeed. When we emphasise the parts of history that we see as superior to our modern age–a simpler holiday season, for example–we fail to recognise the real people who lived in the past. When we look at simple activities such as Christmas shopping, ones that we might expect to be heavily influenced by our modern age, we can see that these activities hold more similarities than differences between the Edmonton of 100 years ago and the Edmonton today. As you do your holiday shopping this season, imagine what the same activity was like for Edmontonians 100 years ago–not as different as you may have imagined!

This article was originally posted on December 23, 2014 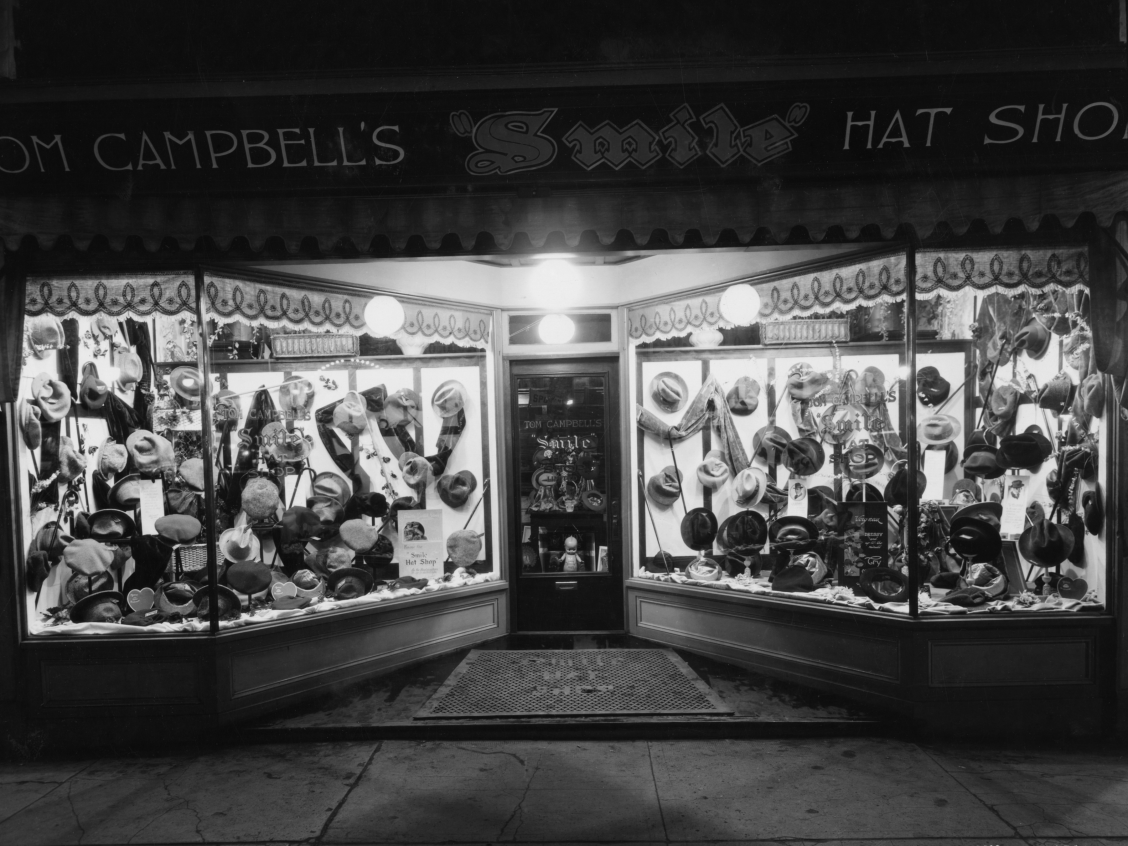 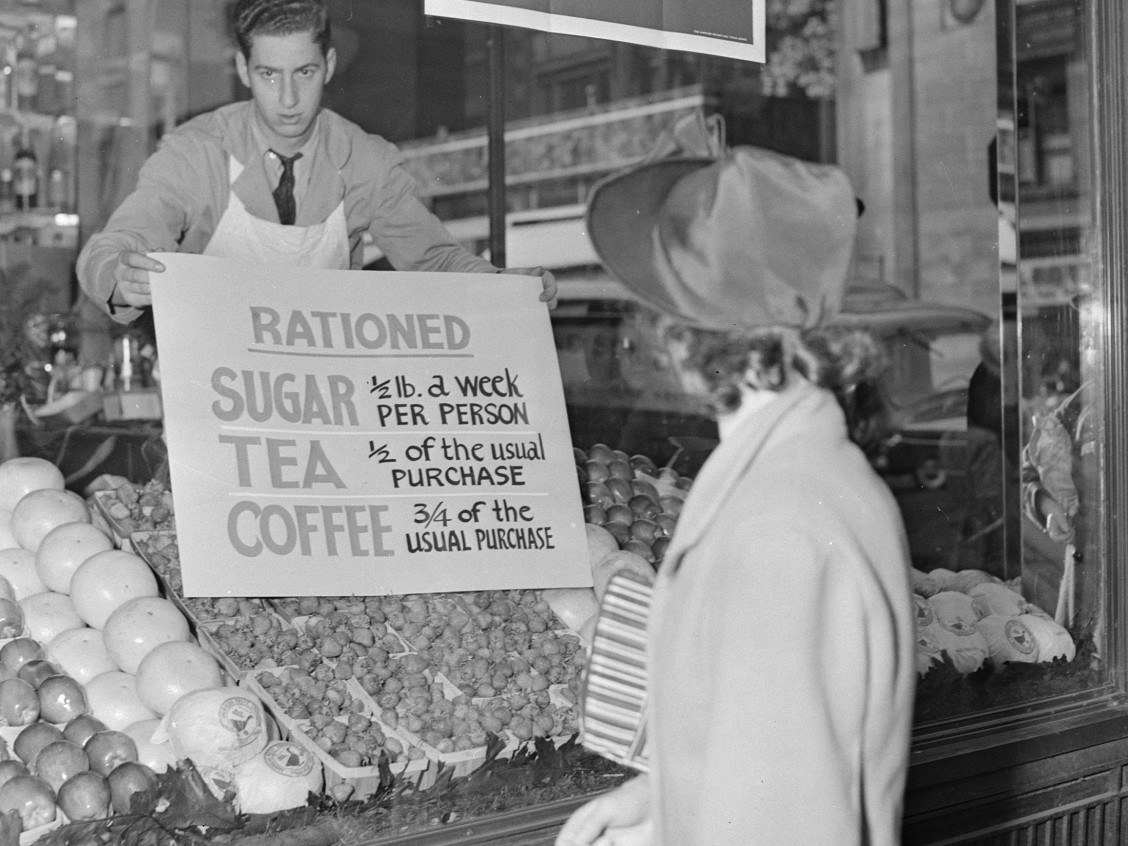 Today when people think of the black market, they picture the seedy underworld of society buying and selling firearms and…