The Prins family moved in on May 24, 1927, and got down to work farming. Using the water of the North Saskatchewan to irrigate the fields, the Prins family grew potatoes and a variety of vegetables including cauliflower – an Alberta first.

Jacob and Aafje Prins helped more than 800 Dutch newcomers settle in Canada and the hospitality of their big white Beverly house with lilac hedges became famous on both sides of the Atlantic. They were immigrants themselves who brought their eight children to Edmonton in 1927. Forever grateful to their new country, they worked tirelessly to pay it forward.

The Prins family of 10 and Aafje’s brother Simon Groot along with his wife Trijntje and their eight children left Andyk, Holland, by ship on March 7, 1927. The group of 20 arrived in Edmonton nearly three weeks later. They lived in the basement of the Christian Reformed Church at 105th Avenue and 93rd Street for six weeks while Jacob searched for a property.

After careful consideration, he purchased the 186-acre Humberstone Farm, nestled in a broad bend of the North Saskatchewan River and atop the Humberstone Coal Mine at 34th Street and 113th Avenue. The purchase came with two bonuses: the mineral rights to the land and a large two-storey house that William Humberstone had built as accommodation for the men who mined coal from his mines.

The Prins family moved in on May 24, 1927, and got down to work farming. Using the water of the North Saskatchewan to irrigate the fields, the Prins family grew potatoes and a variety of vegetables including cauliflower – an Alberta first.

As commodity prices collapsed, the Prins family began collecting royalties from the coal that others mined from the riverbank on their land. Living atop abandoned coal mines had it perils and on several occasions livestock was lost as the earth collapsed into an old shaft.

Delighted at the prosperity of their new life in Canada, Jacob Prins began encouraging other Dutch to emigrate and, when three families arrived from the Netherlands in 1936, he found farms for them to live and work near Lacombe. When more families followed, he found it necessary to scout other locations and this turned out to be the start of a remarkable career.

Prins often contacted the Canadian National Railway for information on available land parcels and, in the winter of 1937, the railway sent him to Holland to promote emigration to Western Canada, reports a history compiled by Tina Van Ameyde. After World War II, the Christian Reformed Church’s Synodical Committee appointed him as fieldman for Central British Columbia.

The railway even provided Prins with a pass to travel freely in the west and, on one of those trips searching for locations suitable for Dutch farmers, he discovered the Bulkley Valley. It was a valley ideally situated on the railway from Edmonton to Prince Rupert, where settlers would be assured of work in the lumber industry during winter months. Many Dutch families subsequently settled in the communities of Smithers, Terrace, Houston and Telkwa, B.C.

Prins’ message to prospective immigrants was succinct: work hard and you will succeed in Canada. During the Second World War, immigration from Europe came to a standstill, which provided Jacob with more time for his farm, but he kept an eye on future possibilities. He expected a great influx when the war ended, and he was of course correct.

The Beverly farm eventually expanded to more than 420 acres and, in the 1950s the family tried strip mining coal on part of the property. But with oil booming and a diminishing demand for coal, the venture proved unprofitable. Those strip mines were the beginning of the Beverly Dump.

Aafje died in 1949 and her daughter-in-law Ann Prins stepped in to help with the workload, getting up before daybreak to prepare a meal for hungry travellers on their way to British Columbia. Jacob received no remuneration and, for a long while, paid expenses out of his own pocket.

Until 1960, when at the age of 74 he had to resign on doctor’s orders, Prins travelled once a month to B.C. to check up on “his” people. Through his efforts, more than 800 Dutch families were welcomed to Canada and many settled in the Beverly area.

Known as “dad” to the hundreds he helped, Jacob died at home on April 12, 1963, while reading a book in Aafje’s favourite corner. The funeral service filled First Christian Reformed Church to overflowing as people travelled from all over Alberta and B.C. to pay final respects to a man who lived his life in the service of others.

The Humberstone Farm ceased vegetable production in 1966 and the land was swallowed by the birth of the Rundle Heights subdivision, the Beverly Dump and, more recently, Rundle Park. The white house, home to three generations of the Prins family, was pulled down in 1969. In 1983, the City of Edmonton named a park at 121st Avenue and 53rd Street “Jacob Prins Park” in recognition of his contribution to the area.

Excerpts from “Built on Coal: A History of Beverly, Edmonton’s Working Class Town,” written by Lawrence Herzog and published by the Beverly Community Development Society. 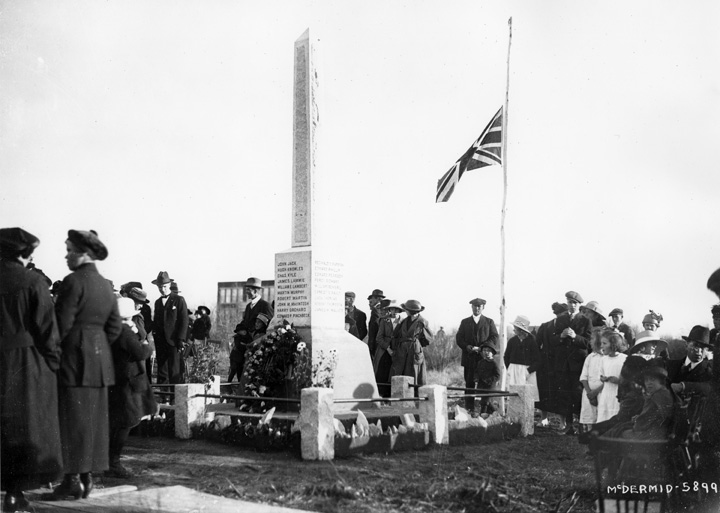