Lake Beaumaris is one of Castle Downs’ defining features. It was designed as a water management system, to store storm water runoff and avoid overloading the sewer systems downstream. Lake Beaumaris was Edmonton’s first storm water lake, and although there are over 100 similar lakes in Edmonton today, Lake Beaumaris remains the largest.

When I moved to Castle Downs nearly ten years ago, I saw a typical 1970s development: parks, schools, stores, churches, and a mixture of houses townhomes and apartments. As I got to know the area, however, my perception began to change. I looked into the area’s history and I discovered the community’s roots. What I had originally dismissed as just another suburb had developed its own sense of place. This is the story of the first ten years of development in Castle Downs.

Castle Downs was originally all parkland. Some of the original groves of trembling aspen and balsam poplar were spared when the land was turned into fields, and can still be explored in parts of the community.

This photo shows part of the original parkland that still exists in Dunluce, just off 121 Street.

People began settling in the area around 1900. Many became involved in agriculture – especially dairy and vegetable growing. Others commuted into Edmonton or the surrounding communities to work. Although a few pockets of this semi-rural character remain, continued development is making them much scarcer.

Housing Conditions in Edmonton in the 1960s

During the 1960s Alberta was becoming more urban. Between 1961 and 1966 Edmonton’s population grew by 34%. By 1965 28,000 people were living in overcrowded conditions, making Edmonton one of the most overcrowded cities in Canada.

Inflation, high mortgage rates and reduced residential construction all contributed to Edmonton’s housing shortage, particularly visible in the lack of middle and low cost options. To compensate more housing was built, but the rapid growth of subdivisions and the requirement to service them drove up taxes and the price of land, making housing that much more expensive.

It was in this context that a company called BACM Limited saw potential. In 1969 they requested the City annex a large portion of land just to the north of Edmonton. Council accepted, and in 1971 a total of 15,072 acres was added to Edmonton. The annexation included Castle Downs, the Lake District (east of 97 Street between 153 Avenue and the ring road), and Mill Woods. At the time Castle Downs was from 127 Street to 97 Street, and from 137 Avenue to 167 Avenue west of 113A Street, and to 174 Avenue east of 113A Street.

This plan shows the first phase of development as outlined in the 1972 Castle Downs Detailed Subdivision Plan. Image courtesy of the City of Edmonton Archives, do not reproduce.

The area was originally to be called Athabasca Downs When the City rejected the name the developer used their second choice, Castle Downs. The names of the communities were based on European castles, and Castle Downs became the first area in Edmonton to be named in a thematic way. According to former Names Committee secretary Nancy Diettrich “The castles were chosen to recognize the different ethnic groups in the area.”

BACM’s timing could not have been better. Buoyed by the oil industry, Alberta’s population rose from 1.6 Million to 2.2 Million during the 1970s. As one of the major centres, construction in Edmonton boomed.

Between 1971 and 1975, housing costs in Edmonton rose 87%. While single family houses were still held as the ideal, they grew out of reach for many people. BACM included an innovative mixture of housing types and lot sizes, which mirrored the general growth in popularity of apartments, mobile homes, and townhouses. As recorded in the 1970 North Edmonton Outline Plan, Castle Downs would provide “a balanced community development with respect to the variety of housing types and income levels, and with respect to social, educational, recreational and commercial services at the local and community level.” While progressive, it was also controversial. Many early residents objected to the number, size and location of the multiple family housing.

When development began in 1971 the area had a population of only 713. By 1977 it had grown to 7855, and 22,000 in 1981. With 38% of the population was under 18, had a significantly higher proportion of young families than the rest of Edmonton, which averaged 28%. This young population led to calls for more youth-related infrastructure to keep today’s children from becoming tomorrow’s hooligans.

Lake Beaumaris is one of Castle Downs’ defining features. It was designed as a water management system, to store storm water runoff and avoid overloading the sewer systems downstream. Lake Beaumaris was Edmonton’s first storm water lake, and although there are over 100 similar lakes in Edmonton today, Lake Beaumaris remains the largest.

According to a BACM brochure, the lake “fuses the whole pattern of development in Castle Downs by providing a focus for the life and enjoyment of the community.” Planning for a lake started as early as 1971, but the City did not approve the plan until August, 1977. The lake was 34 acres, with an additional 21 acres of surrounding green space. It was nine feet deep, and could be used for boating in summer and skating in winter.

Lake Beaumaris opened in summer of 1979. It was built by 50 planners and 17 sub-contractors. Thirty-five machines moved 1.8 million cubic yards of earth to dig the lake. Final cost of the lake was $4.5 million, with another $1.5 million in landscaping.

In keeping with the castle theme, the lake was designed around a keyhole shaped piece of land, meant to evoke a sense of a moat with a keep in the centre. Fittingly, the road that runs through this part of Beaumaris is called Castle Keep.

Development in Castle Downs continues today, over 40 years after the area was first subdivided. The community has expanded well north of the original boundary of 172 Avenue, and while the area now has all of the physical, commercial, and social infrastructure whose absence concerned many early residents, the spectre of multi-family infill development continues to raise the ire of the community. While still considered a relatively new area, Castle Downs has a unique character, and is full of hidden gems and fascinating stories for those who care to look. 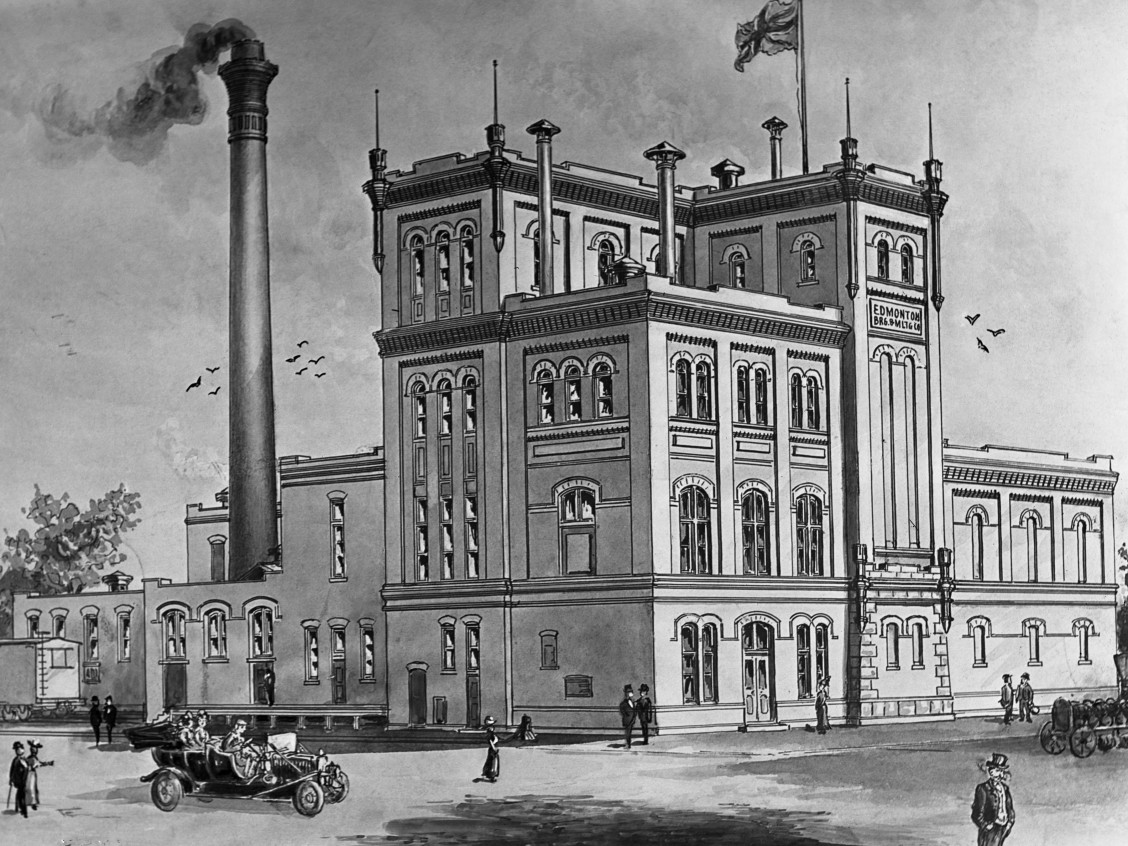 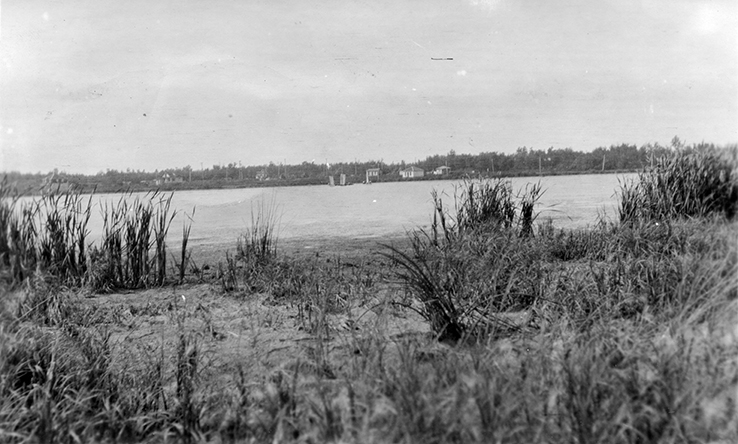 Although the lake is no longer visible, its “ghost” is discernable on early maps and in the form of flooding…