Just before his death, Haas was presented with a lifetime achievement award by the Alberta Recording Industry Association. He was a longtime resident of the Highlands, and in 2003 the City of Edmonton named Gaby Haas Park at 5434 112 Avenue in his honour.

Gaby Haas oom-pah-pahed his way through nearly a half-century of Edmonton’s musical soundtrack. He was a musician, radio and television host, music store owner, restaurateur, and walking encyclopedia of country, old-time and European folk music.

For more than 40 years starting on September 15, 1946, Haas hosted Continental Musicale, a Sunday program of old-time European music on CKUA Radio. It was the longest-running radio program in the world with the same airtime, day of broadcast, and host.

Haas was an accordionist who recorded 57 albums and 60 singles, played at more than 12,000 dances, claimed to have 6,000 polka tunes in his head, and had a personal collection of 50,000 records. When television came to Edmonton in 1953, he became a host and regular performer on CFRN for 20 years. He owned the European Music Shop at 10249 97th Street and the dine-and-dance Hofbrauhaus restaurant just down the block.

“Not bad for a boy from Bohemia who came to Canada with little more than his lederhosen, a little Czech accordion and 20 78 rpm records,” wrote James Adams in the Edmonton Journal on April 19, 1985.

Haas was born in Frantiskovy Lazne, Czechoslovakia in 1920. A musical child adept at languages, he mastered six of them. His father Hugo was German, a social democrat alderman and owner of a lumberyard. His mother was Jewish and an artist. The family fled Hitler and the Nazis in 1939, taking with them only an accordion, cameras, watches and some 78 rpm records.

They settled on a farm in Loon Lake, Saskatchewan and Gaby began playing his accordion at local dances and on CFQC Saskatoon radio broadcasts. A year or so later, the family moved to Edmonton, settled in the Highlands, and his father began a long career with Hayward’s Lumber Company. Gaby got a job playing in Lebanese violinist Ameen “King” Ganam’s band, King’s Gloom Chasers, and performing with his accordion on CKUA.

After the war, he landed a gig hosting a German-language program on CKUA – and fending off occasional hostility from anti-German listeners. From 1946 until 1951, he helmed Alberta Ranchhouse, which was carried by the CBC.

He went to see Frankie Yankovic, America’s Polka King, when he performed at Edmonton’s Sales Pavilion in 1953, and the two hung around together after the concert. “We spent the rest of the night talking about his career, his music, his sound,” Haas was quoted as saying.

Near the end of the evening, Yankovic said, “You might as well call yourself Canada’s Mr. Polka,” and it stuck. When television came to Edmonton, Haas began appearing on CFRN’s The Chuckwagon Show in 1955 and hosted the station’s Noon Show between 1956 and 1971. The Chuckwagon Show ran until 1969 and attracted star performers like Hank Snow, Kitty Wells and Wilf Carter. Haas played on Don Messer’s Jubilee, a CBC show weekly broadcast from 1957 to 1969, as well as Cross Canada Barn Dance and Polka Party.

He started The Barnhouse Gang in 1950, and in the 1960s played in CFRN’s House Band along with Sandy Richards, Hank Smith and Al Curtis. Longtime friend and colleague Olaf Sveen wrote that Haas played a piano accordion with a style distinctly his own. “He called it his ‘stomach Steinway’ and his ‘belly Baldwin.’”

I worked with Haas at QCTV and QCFM in 1981 where he aired his World Showcase of Music. We chatted often in the studio that he had stuffed with a lifetime of memorabilia and stacks upon stacks of long play records. He loved to play music that few in Alberta ever heard, like Romanian waltzes, yodellers from Switzerland and polkas from Bavaria.

One of the regular performers at the Hofbrauhaus was Horst Schmid, one of Gaby’s longtime friends who had a German folk dancing act. Schmid left the business in 1971 when he was elected as MLA for the Edmonton-Avonmore riding, and went on to serve as Culture Minister in Peter Lougheed’s government.

In a 1986 tribute to Haas that was broadcast on CKUA, Schmid said: “We came to a place where our language wasn’t spoken. We tuned in and heard the melodies of the old land…it was a haven of remembering, a help during the difficult time of adjustment.”

Comedian John Candy said that Haas was the inspiration for the Shmenge Brothers, a fictional polka duo on the SCTV television comedy program created when it was being shot at ITV in 1982. Candy played clarinetist Yosh Shmenge and Eugene Levy was accordionist Stan Shmenge.

Haas also influenced a lot of Edmonton musicians of the mid-20th century, and helped to popularize polkas and waltzes as dance music. The National Film Board produced a documentary about him, and he opened the door for bands including the Emeralds.

“As long as I can lift the accordion off the floor, I’ll never pack it in,” he told James Adams in 1985. Continental Musicale continued until 1987, when Haas became too ill to continue. He died of brain cancer in Edmonton on November 22, 1987.

He had planned to retire in 1989 when he reached 50 years on radio, 40 years on records and 35 years on TV. But cancer had other plans. Haas ended his long and glorious run with debts piled high. “If you knew how much money I owed the bank, you’d probably fall right off the chair,” he said in 1985. “Not so good in business.”

Just before his death, Haas was presented with a lifetime achievement award by the Alberta Recording Industry Association. He was a longtime resident of the Highlands, and in 2003 the City of Edmonton named Gaby Haas Park at 5434 112 Avenue in his honour.

Gaby and his first wife Dorothy Anderson had two sons – Terrence “Pepe” and Larry – and one daughter, Sari. Pepe was also a musician, a drummer, who played in his father’s Barnhouse Gang for many years. He died of cancer in 2011 at the age of 62.

Lee was Gaby’s wife for the last 17 years of his life. “I never met anyone kinder, more understanding and more compassionate,” she said.

“They’ll be dancing polkas long after rock and the twist have gone out of style,” Gaby predicted. “It is music from the heart, not the head.” Nearly 20 years after his death, his polka recordings are enjoying a renaissance with digital services like iTunes. Fans have uploaded many of his old recordings to YouTube: https://www.youtube.com/results?search_query=gaby+haas 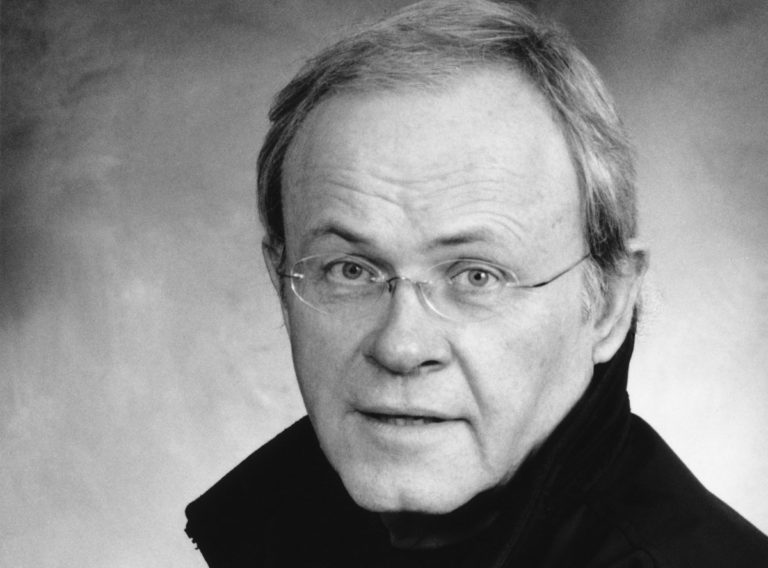 The Day Bill Coull Disappeared from the Airwaves

For David Ward, the memory of Bill Coull and his sudden departure from CKUA has left a strange taste in… 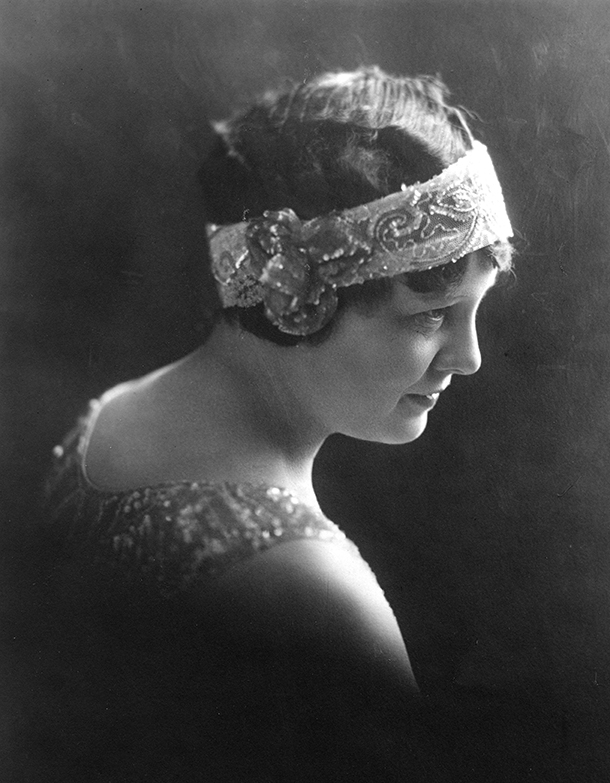 Known to her students and close friends as Auntie Van, Beatrice Carmichael was a classically trained musician from Chicago, who…