Opened in 1913 by Strathcona businessman William Henry Sheppard, the feudal-style beer castle at 10449 121 Street has connections to the very beginnings of beer making in Alberta. For most of the last 50 years, it served as a Molson brewery. It ceased operating in 2007, bringing an end to 94 years of crafting brew at the location.

Since then, the 1913 building and an adjacent red brick office addition, built in 1924 and added to in 1955, have sat idle and now face an uncertain future. They may form part of a mixed-use redevelopment of the site by First Capital Realty and Sun Life Financial, joint venture partners who purchased the 7.9-acre property in February 2013 from former owners Anthem Properties.

“There is nothing else like this brewery left in the city,” he says. “The two buildings both have outstanding industrial brick architecture, and including them will give the redevelopment a landmark quality and a connection to Edmonton’s history that is truly priceless.”

It’s a link that reaches to 1904, when Sheppard, who was mayor of the City of Strathcona, built his first brewery in Rossdale as part of his fledgling Edmonton Brewing & Malting Company. Business was good, but hauling beer up the hill was expensive. So Sheppard decided to buy ten acres of land in Groat Estates near today’s 128 Street and 104 Avenue, just west of the developing rail yards.

He hired Bernard Barthel, a celebrated Chicago-born architect and engineer, to design a new brewery. Barthel hailed from Leipzig, Germany, trained in his home country, and built a reputation for designing ornate breweries across midwestern America. For his Edmonton brew castle, Barthel specified local red brick, steel, and reinforced concrete to handle the heavy loads of beermaking.

The master architect brought form and function together in an exceptional way, notes a Historic Resource Impact Assessment (HRIA) completed for the Province in 2010. The brickwork, 13 inches to 29 inches deep, contains a variety of details that lend distinction to the façade and express the castle style that Barthel used in his design.

“The building contains a variety of stone detailing at entablatures, quoins, string courses and voussoir blocks above the arched windows,” the report says, which “add significance to the primary facades and express the quality of the building. The torches that top the corner turrets are also expressive of the style adopted by the architect Barthel.”

Sheppard had the plans and was ready to proceed with a $450,000 project, according to a story in the May 3, 1907 edition of the Edmonton Daily Bulletin newspaper. Edmonton was booming, and there was hope the new brewery would be complete the following year. But construction was delayed by a downturn in the stock market, labour unrest and material shortages, and it wasn’t until 1912 that work got underway.

That year, when the Hudson’s Bay Reserve came on the market, Sheppard decided to purchase land closer to the rail lines just east of 121 Street. A building permit was issued on May 23, 1912, and the contractor was the Peter Rule Construction Company.

As the five-storey building was nearing completion, it nearly burned down when one of the kilns being used to dry the cement overheated in the early morning hours of February 12, 1913. It ignited the wooden floor and only the quick response of the Edmonton fire brigade stopped the blaze from spreading.

Calamity averted, the brewery was completed and the tab rang in at $610,000. The first bottles rolled off the line in spring 1913 with names including Yellowhead Beer, Edmonton Family Lager and Imperial Stout.

The arrival of the First World War and Prohibition made for lean days for the business, and the brewery survived by marketing a line of export beer. The end of Prohibition triggered a surge in business in 1923, and the next year Sheppard commissioned architect Ralph H. Trouth to design a simple Edwardian-style red-brick office building to go next to the original castle.

Sheppard sold the company to Lethbridge brewer Fritz Sick in 1927, another of the beer industry’s big early players in Alberta. A massive steel-girdered sign proclaiming “6 Edmonton Export” was assembled on the roof of the 1913 building and remained a local landmark until the brewery was purchased by Montreal-based Molson in November 1958.

Molson replaced it in February 1960 with their own version, a giant revolving Molson “M” sign. The two-and-a-half-ton neon sign measured 18 feet high and 16 feet wide, and was hoisted into place by a 42-ton crane from Hulburd Crane Service.

More than 50 years later, the sign endures as an iconic piece of Edmonton. “Ask people where the old Molson Brewery is, and they may not know, but ask them about that revolving sign, and they know where it is,” Holdsworth observes.

The HRIA concluded that the original building and the 1924/25 South Office Building are both historically significant, but neither have been declared Provincial Historic Resources. The City of Edmonton has added both structures to its Register of Historic Resources.

In 1961/62 Molson assembled a decorative building to the south, using logs to make it resemble a fur trade fort. Molson House, as it was called, was used as a hospitality lounge to entertain customers. It was also rented out as a hall to community groups, businesses and individuals. In 1988, it was where Peter Pocklington announced he had sold Wayne Gretzky to the Los Angeles Kings.

Molson-Coors, the owner of the site, offered in April 2008 to give the log building to any organization that would move it off the property. It was purchased by an anonymous Edmonton family and dismantled and hauled away in 2011 by B & B Demolition.

A $1 million expansion, completed in 1967, introduced stainless steel brewing technology to the plant. The addition, just to the south, was called the Steinecker Brewhouse. Both a 1947 bottleshop and the 1967 brewhouse have been demolished.

Molson completed a $12-million upgrade to its brewing facility in 2004, but it remained small and aging and could only produce bottled beer. The company closed the brewery in August 2007 on the heels of a workers strike, a shift in consumer preferences towards canned beer and the company’s loss of a contract to brew the Australian Foster’s brand.

It meant the layoff of 136 workers and signaled the end for a 94-year Edmonton brewing tradition. Along with the jobs went the once familiar sweet malty smell that exhaled from the plant and the city’s only still operating link with its early beer brewing industry. Now, only two of the buildings remain as remnants of the city’s hoppy past and the suds that quenched the thirst of five generations. 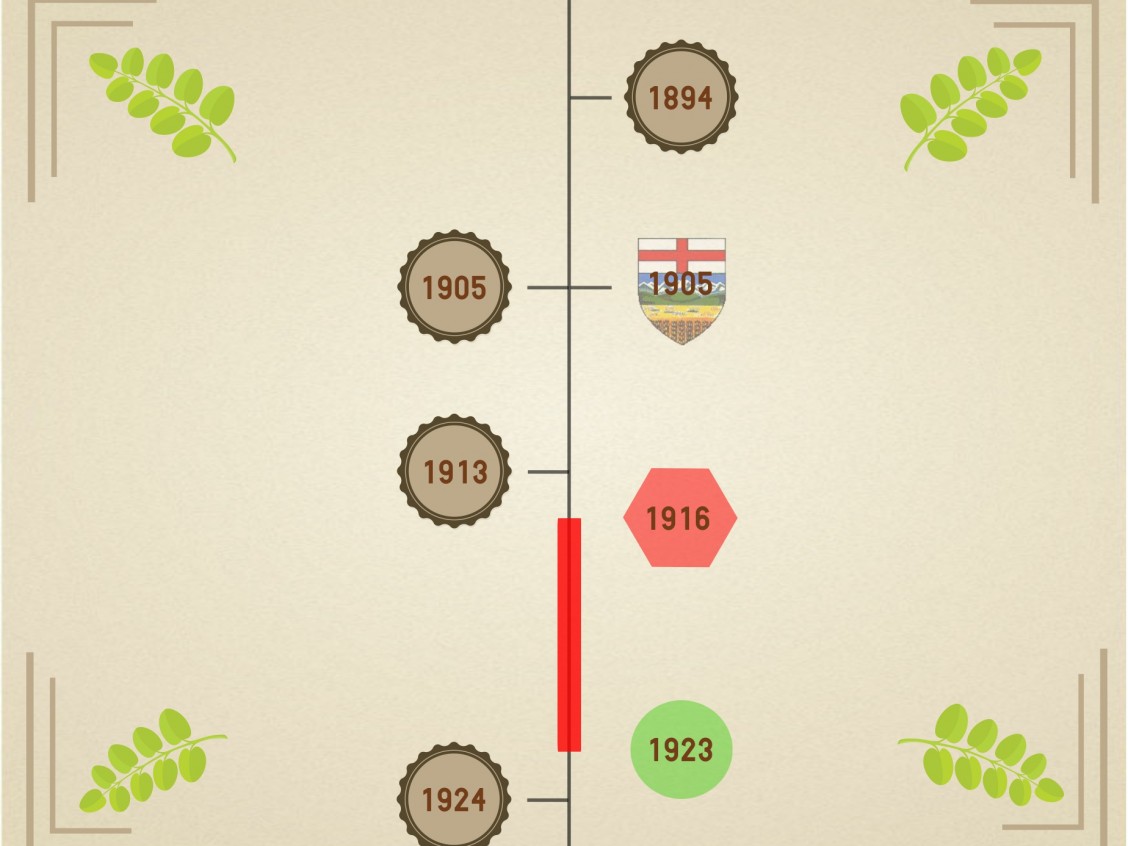 Whether or not you’re one to personally enjoy the sudsy beverages, Edmonton has been shaped by a brewing and distilling industry that has… 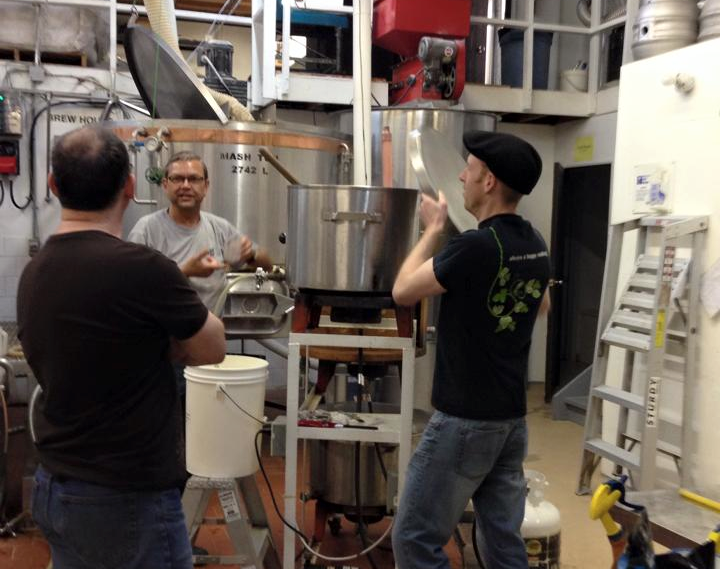 Crafting a Brew for the Ages

The love child of ECAMP, Beer Geeks Anonymous and beer aficionado Jason Foster, our BrewCurious tour has been fermenting for nearly a year….