Inside was wall-to-wall packed with patrons, loud music, go-go boys and dancing everywhere.  No matter the size of the patron, on hot evenings bare chests, short shorts and sweat were de rigeur.  I remember watching 19 year old young men, obviously from the boonies arriving at Flashback for the first time—bug eyed, open mouth, drooling and smiling from ear-to-ear—knowing they had arrived.

In the mid-seventies the Flashback nite club—the second gay-owned bar in Edmonton—was founded. By the early 80s, Flashback had become the ‘in place’ in Edmonton—in fact, the North American Billboard Magazine named Flashback as one of the ten best Clubs in North America. (Funny, this honour was never recognized or celebrated by the Mayor and City Council!) Flashback had the hottest men, music, DJ’s, and drag shows in the city. Although a ’gay’ club, thousands of young people of all genders and all sexual persuasions lined up in droves to get through the security at the door, unless you knew the doorman—and I did and was able to bypass the crowd. I was, of course, young and good looking!

One of my favourite events was the drag races, which were the final ritual leading up to the crowning of Ms. Flashback. Flashback was in an old warehouse on 104 Street with a loading dock and entrance on the south side of the building and a gravel alley, a perfect drag strip for drag queens in heels! (Today the building is the Excelsior Lofts). On Sunday afternoons after a hard Saturday night of drinking, dancing and partying (did anyone get to sleep before 7am?) the crowd and drag queens would appear for the DRAG RACES!

Jello wrestling, it was mud wrestling at first but it was too much work. During Hansel and Gretchen’s step-down, it was cream corn wrestling. Ewww.

he beauty in the orange plastic dress and cat-eye glasses is Gretchen Wilder wearing her infamous “Sambuca Dress”. The young man with her is Nellie Michael AKA Hansel. I believe in these pix they are running for the title, and so would be crowned a few hours after these were taken. OR it’s their step-down. Could be either.

Trash in white short-shorts and the silver vest.

the program for the last ever drag races. Note the agenda of events these changed every year

For instance when Lady Diana was visiting Edmonton with Prince Charles, she fainted – and so at the next drag races we had the Lady Di Faint-A-Like contest.

It was an event ending the reign of one Ms. Flashback and the crowning of a new Ms. Flashback. There were wet t-shirt, condom blow up and wet jockstrap contests (who knew you could purchase sheer jockstraps?). Usually there was a dunk tank and a huge tub of beer—I’m sure the area was not licensed. The best part, of course was the drag races—drag queens racing—stumbling, crawling, clawing-their way to one end of the alley at which they would put on an addition of ‘queen’ clothing and return. We yelled, cheered, and squirted beer at the queens as they hobbled by. The emcee would scream obscenities as he tried to relate who was who and who was winning, losing or just plain flat out on the ground. Lulu, Connie Sewer, Tallulah, Cloretta Mint, Ora Fice, Trash and Justine Hole—I don’t think I ever knew who won or lost. The drag races were a spectacle, hilarious, and I yelled and laughed so hard—it was such innocent (almost) fun!

The gravel back alley made a great drag drag strip.

Billboards were designed by Darrin Hagen.

Visit Youtube for more video clips of Flashback and its many drag shows. Thanks to Darrin Hagen and Kevin Hendricks for the photos and captions.

History of Edmonton’s Gay Bars, Part 2: A Flashback to Flashback 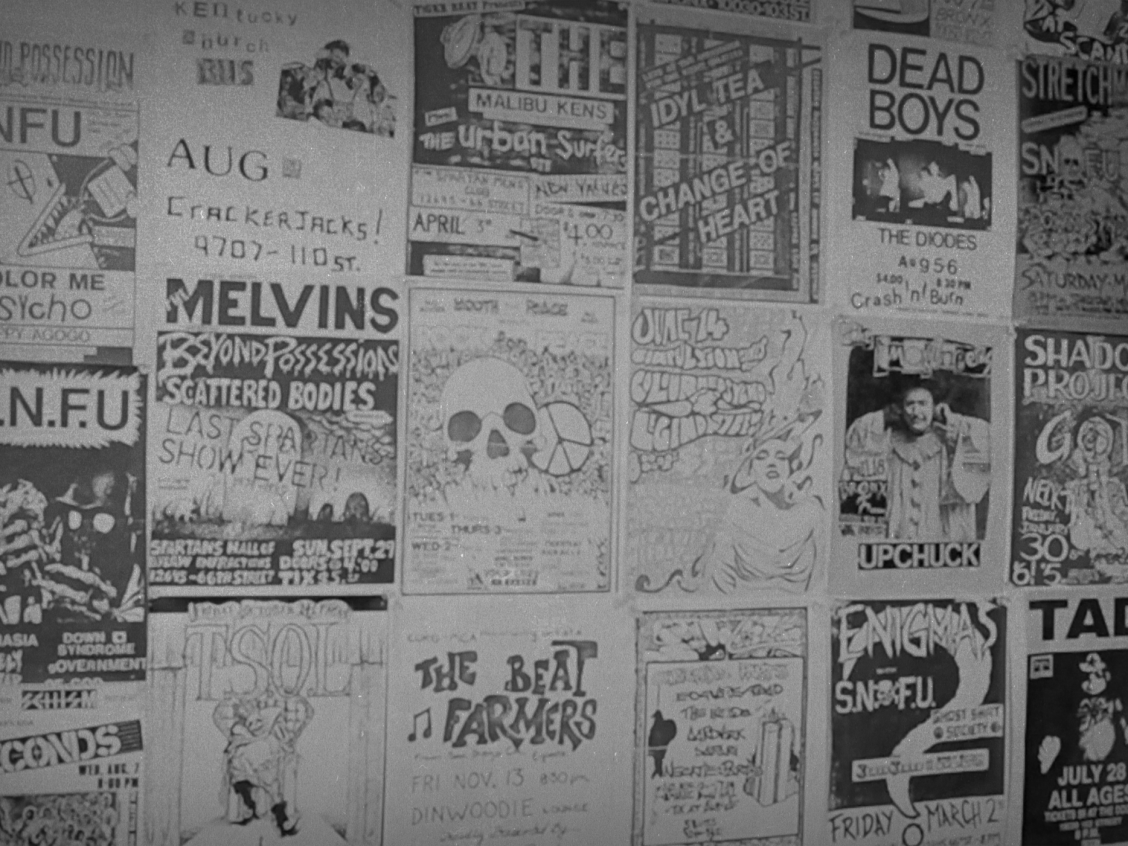 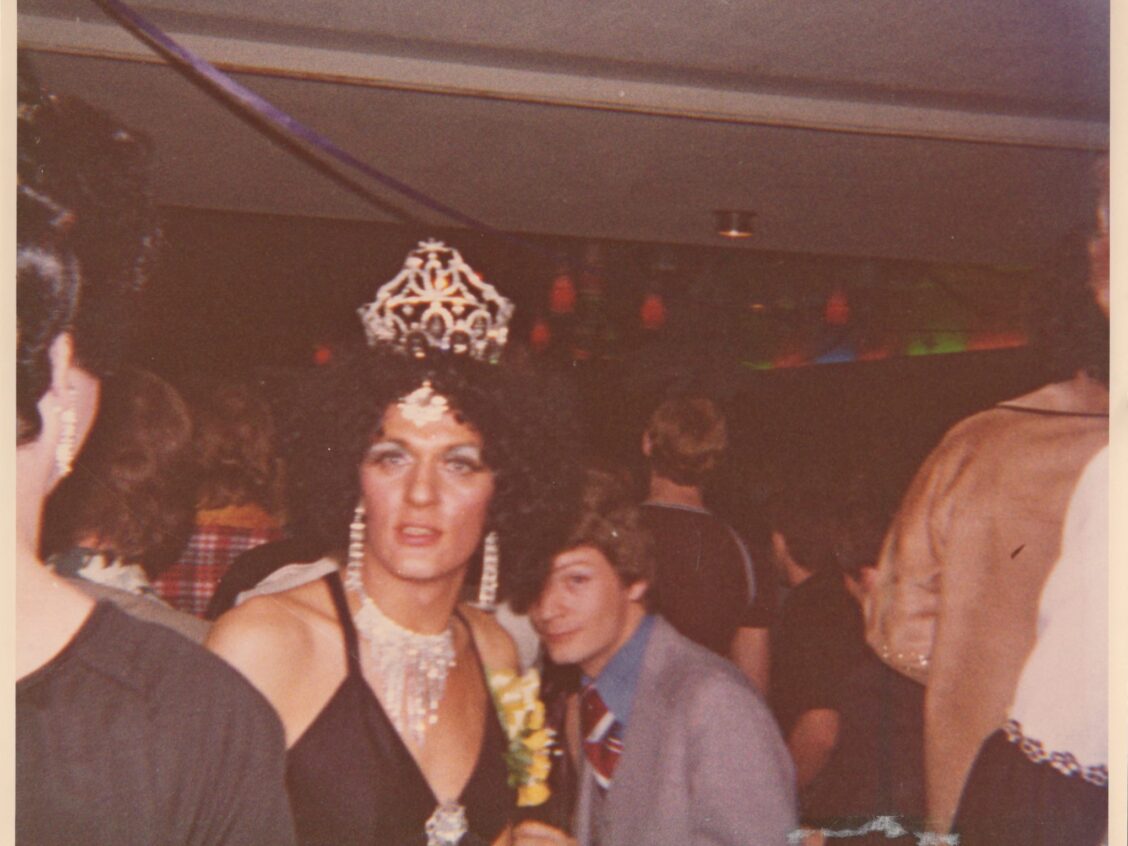