The breathless Parking Meter Fairy runs to catch a parking enforcement officer about to ticket an illegally parked car.

The officer stops writing and mutters, “You could.”

Oh, thank you, Parking Patrol Officer. Clink, clink, clink, clink go four quarters into the expired meter – good for 20 minutes, with a friendly note slipped under the windshield wiper: “You have been saved by the Parking Meter Fairy!”

Like the Tooth Fairy, Parking Meter Fairy rarely meets the beneficiaries of his munificence, but in this case the errant motorist walks up shortly afterwards and spots the note, which resembles a real parking ticket. He’s mad, “Ugh! That’s the kind of day it’s been!”

“Not this time,” the bemused parking officer tells the man. “You have been saved by the Parking Meter Fairy.”

“Oh, my God! Thank you!” the man says, handing Parking Meter Fairy a loonie, which he refuses to accept. Parking Meter Fairy requires no repayment. The officer tells the man, “The best way to pay it forward is to pay the meter next time.” Oh, yes, indeed, “I definitely will,” the man promises.

And yet so many drivers don’t – and so Parking Meter Fairy’s work is never done.
Got any spare change?

With such a big chunk of change at stake, Parking Meter Fairy wonders if parking officers would get mad for being deprived of their rightful tickets by some idiot in a cheap costume and a sack of quarters – so in a social experiment conducted in May of 2013, he decides to find out. Surprisingly, none of the officers seem annoyed at the presence of the Parking Meter Fairy. All are very nice, and surprisingly forthcoming. One even thanks Parking Meter Fairy. Another officer shrugs and says, “Do what you want.” It’s not illegal to plug other people’s meters. And official policy states that there is no quota, yet “there are times back at the office at the end of the day, sometimes it feels like there is,” one officer admits. “They’re not going to say that, but there’s a little bit of a push to get more tickets.”

Encouraged by such candour, Parking Meter Fairy asks another parking officer: Would you get angry if Parking Lot Fairy tagged along on your rounds to save those about to get ticketed? The officer replies, “I probably shouldn’t say this, I’m not going to lie to you, but yeah, I would.”

Parking Meter Fairy does not want any trouble, and moves on.

“Love for everyone” is the motto of the Parking Meter Fairy, who on another occasion plugged $1.25 into an expired meter next to a Porsche – because Parking Meter Fairy does not discriminate between the rich and the poor. You might think it’s the fancy cars that get ticketed the most, but it turns out that it’s pretty equally divided. Parking Meter Fairy meets the Porsche owner, too, who says a quick, “Right on, thanks” before zooming off. The rich dude does not offer to reimburse the $1.25. It’s OK.

The Parking Meter Fairy’s all-encompassing aura of love extends especially to the poor parking enforcement officers – who have to be the most widely hated group of people in the world next to music critics. Does it get to them? The Parking Meter Fairy was not afraid to ask and record their anonymous responses on a hidden tape recorder.

“I try not to take it personally,” says one officer. “It’s the uniform. They just hate what we do, but necessarily us. If they hate us, they don’t know me, so I don’t care. I don’t go out of my way to target people.”

On the almost daily verbal abuse suffered from enraged parking malefactors, another parking officer says, “It used to get to me, but not anymore. They don’t know me. But the thing is, if they want respect from us, they have to start giving us respect. We’re just out here doing our job. Now I just laugh it off if people get angry. Some people yell, ‘get a real job!’ This is a real job. It pays for rent, it pays for school, it pays for food, it is a real job. People are always going to be mean, but you can’t let it get to you.”

There have been isolated incidents of violence. Someone once pulled a gun. Coffee and bicycles have been thrown. Traffic enforcement officers employed under contract to the Paladin Security Group always have instant radio contact to the Edmonton police should an irate motorist go too far. Before donning the uniform, officers are also required to take a special course called “verbal judo.”

Angry motorist: “I am so extremely angry that I got this parking ticket.”

Parking enforcement officer: “I understand. I would be, too. I’m just doing my job.”

Angry motorist: “I am deeply ashamed.”

City of Edmonton parking enforcement spokesperson Erin Blaine says violence against officers is uncommon, “But it has happened. We try to deescalate the situation before it comes to that.”

Surprisingly, one officer does allow Parking Meter Fairy to follow along, thwarting tickets. Whyte Avenue is a gold mine of parking non-compliance. This job is good exercise. It’s a brisk walk that winds around the city blocks, up and down and all around, checking every meter and chalking tires in the two-hour parking zones. Parking Meter Fairy learns a number of things: Officers have discretion on whether to tear up the ticket if the owner of the offending vehicle happens to come by. Rubbing the chalk mark off your tires doesn’t work nearly as well as coming back to plug the meter past the two-hour limit. If the officer remembers the car, a ticket will be issued. And if officers spot a meter with one minute remaining, they generally won’t wait around for it to expire.

“That wouldn’t be cool, would it?” says one officer. Parking Meter Fairy is incapable of detecting sarcasm.

In the course of three days wandering around downtown and Whyte Avenue, Parking Meter Fairy plugs meters to the tune of about $30 and issues as many friendly fake tickets – which includes Parking Meter Fairy’s e-mail address. A lone response is received: “Every now and then something like this happens and you remember how good people really can be. Thank you so much for saving me from a parking ticket. I will definitely be ‘paying it forward’.”

Pay the meter next time!

There is something intoxicating about being surrounded by such love on the otherwise mean streets of Dirt City. While many pedestrians tend to avoid Parking Lot Fairy – perhaps because of the pink spray-painted shirt and halo made of sparkly pipe cleaners – others have kind words.

“I appreciate your fairy thing,” says a homeless man.

“You rock, Parking Meter Fairy!” shouts a youth from a passing car.

This fills Parking Meter Fairy with hope and joy. Sadly, though, with the coming of the electronic parking meters in Edmonton’s inevitable March To Progress, Parking Meter Fairy’s days are numbered, and with his passing will go the quaint custom of “plugging the meter.”

Story by Mike Ross, originally posted on GigCity, 8 May 2013. Used with permission. 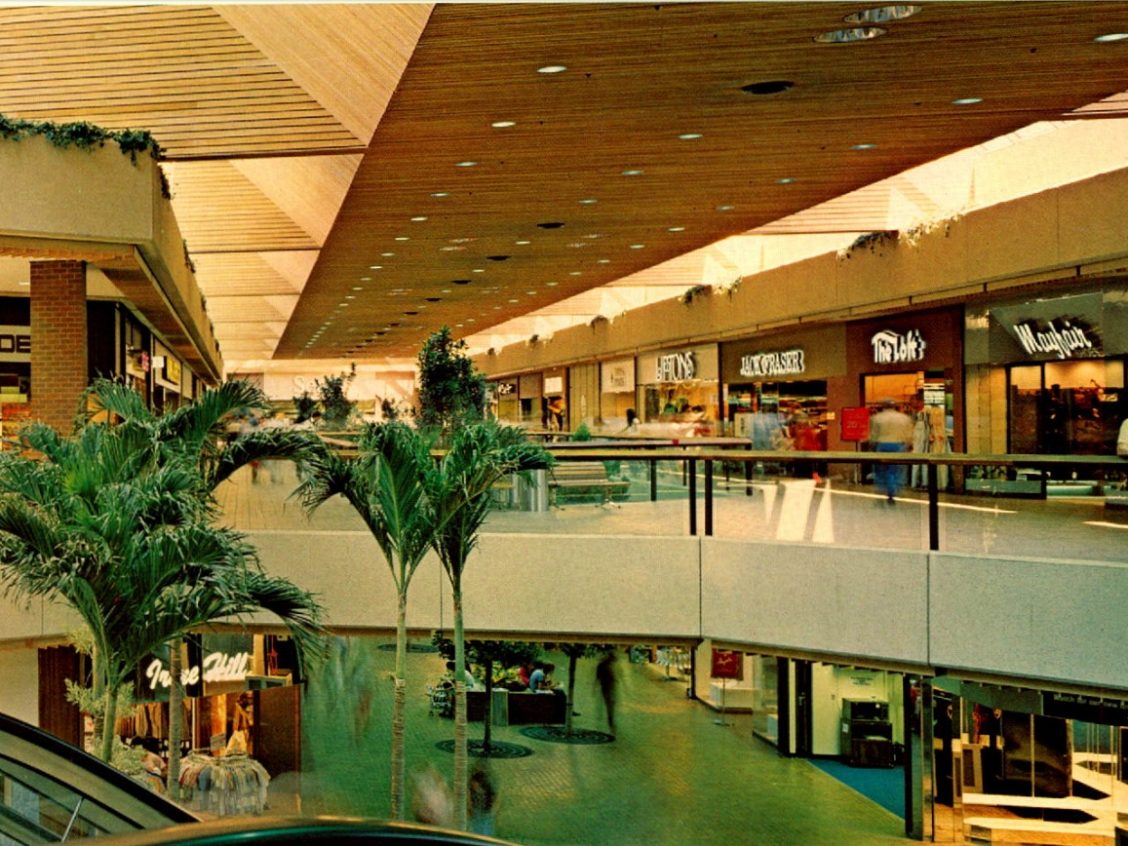 From Parking Lots to Palm Trees (And Back Again): A Look Back at Heritage Mall 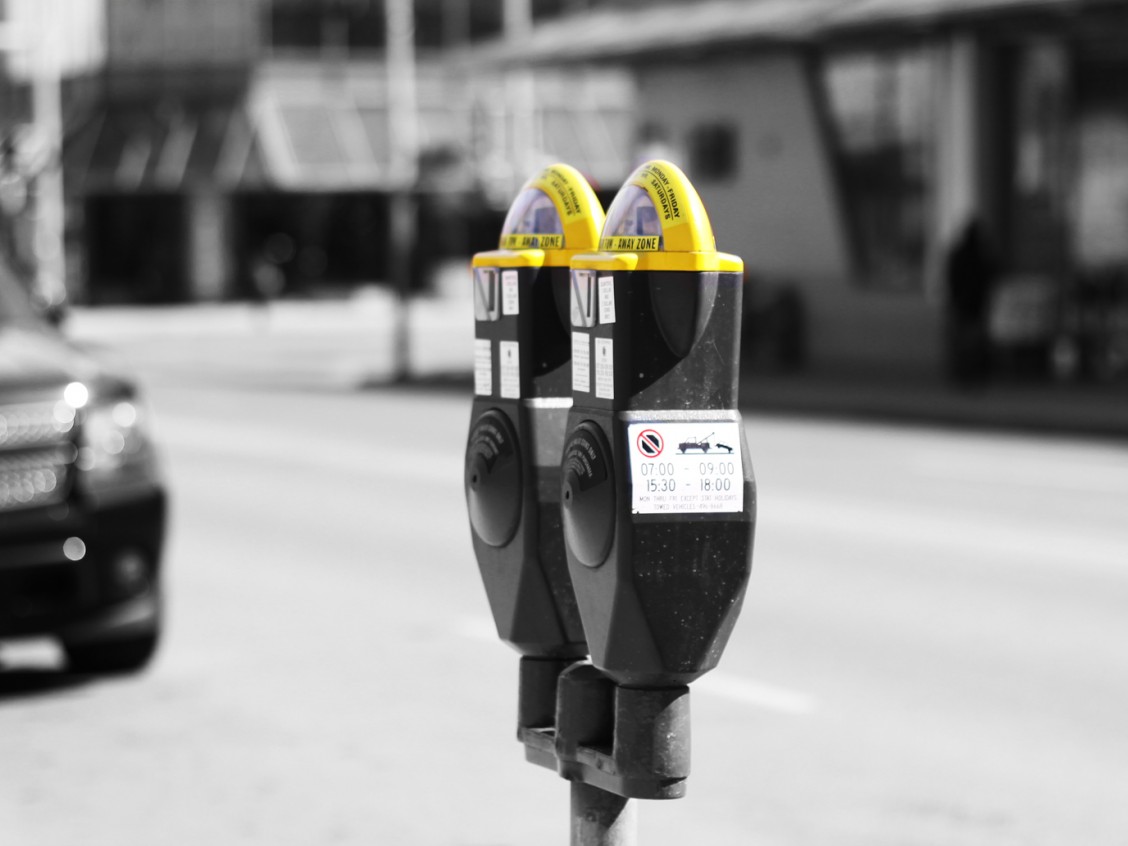 On April 30, 2001, Mayor Bill Smith smiled for the collected throng of reporters and photographers and dropped the first…